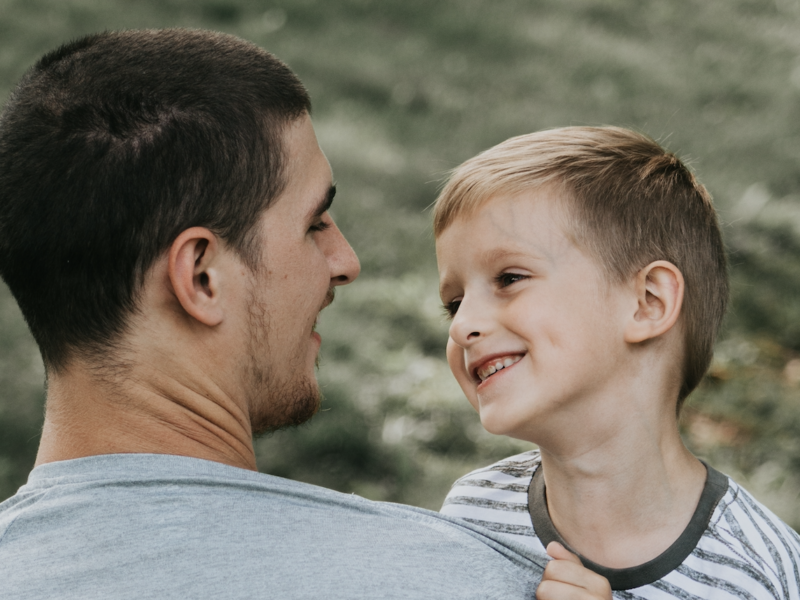 Part of growing into a man involves acting like one. That requires a shift in perspective, and it often involves the little things. And those small changes become the foundation for bigger, more important ones. So with that said, here are some practical ways our boys can follow Christ’s example of growing in favor with the people who populate their lives.

The world’s take on personal hygiene and grooming is most often prioritized out of concern for oneself. But as boys seek to honor Christ, smelling good and looking presentable should not be for the sake of self-promotion or to impress people but out of respect for others.

The goal is not “dressing for success” or “making sure my breath doesn’t stink so people won’t think I’m a loser.” Instead, let’s challenge our boys to take some interest in their appearance and be cautious about their ever-evolving odors for the benefit of the people around them.

It is never about pushing the envelope with our clothing, haircuts, or fashion to express his “individuality,” to make a statement, or to get attention, but rather to show that he has a genuine concern about the individuals he comes in contact with every day. What is appropriate, acceptable, and respectful? These are the questions that can keep mints in their pockets and a little gel in their hair.

Whether it be teachers, coaches, pastors, or small-group leaders, teach your son the importance of expressing sincere esteem for the people placed in authority. God doesn’t give us or our sons’ permission to be disrespectful or insolent toward leaders, simply because they are bad ones.

Honoring words, respectful attitudes, notes of gratitude, and restraint from disparagement will go a long way, especially in our day, toward godly growth in favor with people.

Concerning those notes of gratitude, a simple habit of your son learning to genuinely express thanks to those who bring advantage to his life, will make him a standout in a world of ingrates. The Bible predicted that as the present age continued toward the end, the world’s cultures would be increasingly known for their ingratitude (2 Tim. 3:2).

Require of your boy, as early in his life as possible, to say thank you to waiters, bus drivers, Sunday school teachers, schoolmates, and anyone else who does something for them. Insist that they write timely thank-you notes, which are sent out for every gift they receive at Christmas, birthday, or on any other occasion.

As mentioned earlier, young boys are naturally quick to hide behind the skirt of their mother when asked to say hello to someone at the supermarket or in the lobby of the church. Requiring that they learn to come out from behind your leg to make eye contact and greet the family friend is a great first step. Beyond teaching respectful greetings at a young age, there ought to be the strategic training of how to carry on conversations at various events, gatherings, and dinners.

Remind them of the timeless, yet neglected exhortation to “be quick to hear, slow to speak” (James 1:19). While this is not a license or an encouragement to clam up and not speak when people are around, it is certainly an essential prerequisite to being enabled to speak wisely.

Also, pray with your son on the way to any event involving potential conversation, and ask God to give him ears to really hear those who speak to him. Pray that God would give him words that would benefit the hearer.

Of course, there will be times when your son’s words or actions cause genuine damage and hurt. This is unavoidable. What is important when this happens is that he has learned to offer heartfelt apologies. The “I’m sorry if I offended you” won’t cut it for Christians. Our biblical standard is confession (James 5:16).

When we sin against others we must “confess” the wrong we have done. “Confess” in James 5:16 comes from a vivid Greek word made up of “the same” and “to speak.” In other words, we must learn to “say the same thing” about our transgression as the offended party would say.

Of course, we do not teach our boys to lie about a wrong they did not commit, but when they do wrong to someone they must offer an earnest agreement that what they did or said was incorrect, inappropriate, and just plain old wrong. Learning to do this without employing excuses or rationalizations will be welcomed as a refreshing trait in a day when few people take responsibility for any of their misdeeds.

A key way of growing in favor with others—a Christ-like goal—is by having a growing prayer list.

When we pray for others we learn to care for others. When we spend more than a couple of seconds throwing up a name before God, but instead learn to truly intercede for the good of those on our prayer lists, our hearts will invariably be motivated to selflessly do them good when we exit the prayer closet.

These times of asking for God’s favor and blessing in the lives of those he connects with on a daily basis will positively influence his conversations and his actions toward those people. Not only will this increase his favor with others, a strengthened prayer life will also lead him to growing in favor with God.

Listen to an exclusive interview with Mike Fabarez by signing up for a free 14-day trial of Kirk Cameron’s The Campfire.

MIKE FABAREZ is the founding pastor of Compass Bible Church in Aliso Viejo, California. He is a graduate of Moody Bible Institute, Talbot School of Theology, and Westminster Theological Seminary in California. Mike is heard on hundreds of stations on the Focal Point radio program and has authored several books, including Lifelines for Tough Times, Preaching That Changes Lives, and Bible Survey for Kids. Mike and his wife Carlynn have three children.www.CompassChurch.org You can find Mike on Facebook and Twitter.

This article is adapted from Raising Men Not Boys.Copyright © 2017 by Mike Fabarez. Published by Moody Publishers, Chicago, Illinois. www.moodypublishers.com. Used by Permission.