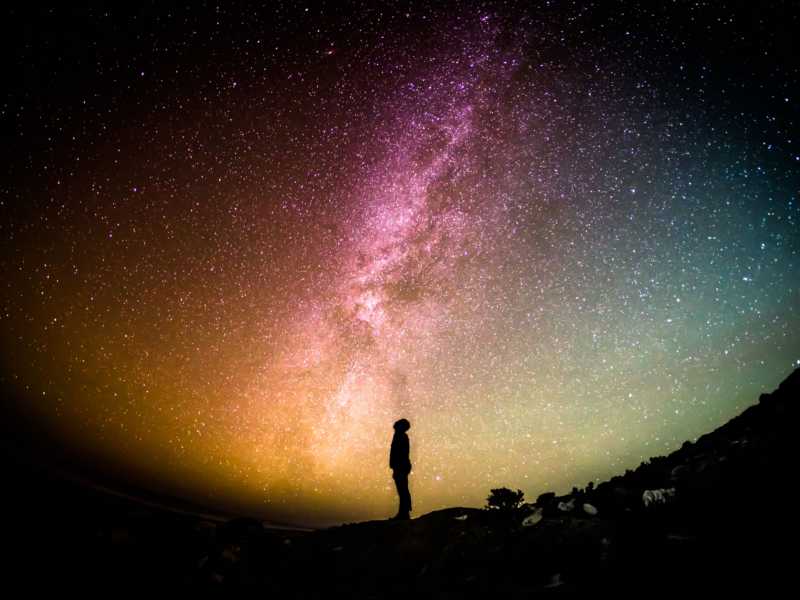 Tonight, as I went for a walk and spent time in prayer, my mind started drifting, as it often does.

Sometimes, I need to refocus and make sure I don’t lose focus while I have something I need to keep at the center of my thoughts, but other times, I let my mind drift and invite the Holy Spirit to guide my thoughts. For me, it’s just a different form of prayer. I try to create blank space in my mind and thoughts and ask the Holy Spirit to paint in that open space.

Tonight, I began thinking about the Trinity.

It’s on the of the most confusing topics in Christianity.

Read this: Why just reading a devotional won’t change your life

What may be surprising to some Christians is that “the Trinity,” at least as we use the term, is never formally mentioned in the books of the Bible. It’s a concept that was developed by early Christians to explain some of the Gospels, with Matthew 3:16-17 being of particular interest:

After Jesus was baptized, just as he was coming up out of the water, the heavens opened and he saw the Spirit of God descending like a dove and coming on him. And a voice from heaven said, “This is my one dear Son; in him I take great delight.”

Now, if up to that point, your most famous prayer is the Shema – “Hear O Israel the Lord our God, the Lord is one,” you might say there’s some ‘splainin to do.

Early Christians agreed and began to explain that God is one…in three persons.

Over time, some attempts to make this concept understandable have been put forward.

The idea that God is like a balloon, if you squeeze one part of it, the air just fills another part of the balloon, but all the air in the same balloon.

The idea that God is like an egg, with shell, yolk and whatever you call the white part being three parts of one egg.

These concepts have their limitations (and the first one is actually considered a heresy called Modalism).

For my part, I’ve tended to think of the Trinity as being the original blueprint for how humanity was created.

I’m a very rational person. Sometimes, in the middle of a conversation, I “go into my head.” It means I start processing information. It can be disconcerting to people who I’m talking to. They may think I just got bored, or I don’t think they’re important enough to pay attention to (I’m working on not sending that inadvertent message), but you wouldn’t then say, “Oh it’s fine, I’ll just talk to his body.” Likewise, you wouldn’t say, “Only the body is here, his soul has departed”

And then consider the possibility that I’m sad that day…or happy. You wouldn’t say, “send your emotions out of the room so we can talk with only our bodies and spirits today. Such a thing is not possible as long as we are alive on this earth.

Like all analogies that try to shed light on the Trinity, this one has its limits.

I cannot send part of my being somewhere completely apart from the rest of me, as God did when coming to earth in the person of Jesus. But that simply reminds me that God is far above and beyond my comprehension.

And with all due respect to adherent of other faiths that view Christianity’s concept of the Trinity as being polytheistic, faiths that hold to a Creator God should expect God’s nature to be a bit more complicated than anything else in our reality. We are made in God’s image, but the degrees of separation from humans in a linear location limited state to an omnipresent nonlinear God are stark.

When we speak to God, hear from God, interact with God in any way, we are interacting with one God, who exists perpetually in three persons – a perfect harmonious community which we have been invited to join. Not because God is lonely, but because God is generous and loving.

This post originally appeared on Making Faith Practical and was republished with permission.