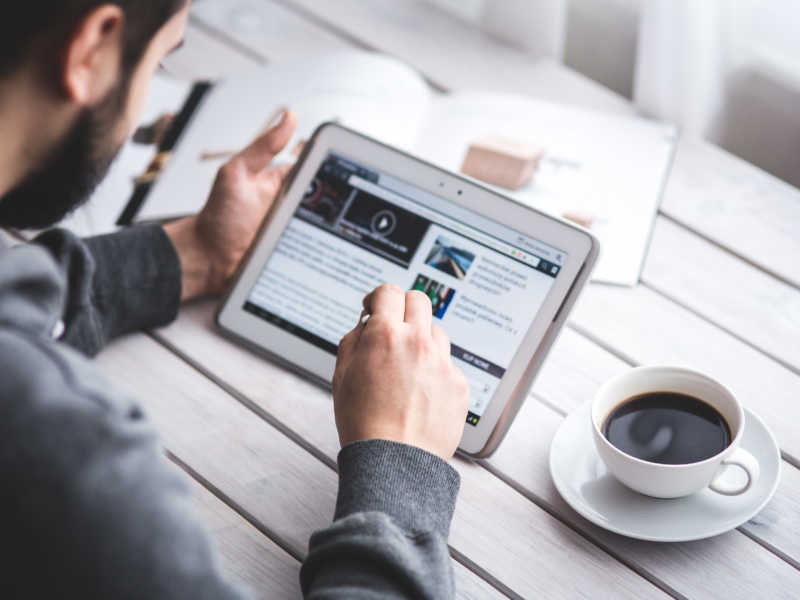 Many rely on the “news” to bring information about the important events that impact our lives. This information may come in written form, audio, or visual broadcast. However, just because information carries a label that says “news,” there is no guarantee that what you are consuming is in fact reliable information. And, as a Christian, you have an obligation to protect your thoughts from gossip and speculation that frequently masquerades as news.

I can hear someone saying, “Excuse me, are you saying there is a commandment about listening to the news media?”

See to it that no one takes you captive by philosophy and empty deceit, according to human tradition, according to the elemental spirits of the world, and not according to Christ.

Paul is warning the Colossian Christians to not allow their thinking to be taken captive by deceit and philosophy that is contrary to biblical truth. If you wish, you might even call this admonition the “media commandment.” The last thing you want is to have your thinking obfuscated by mixtures of truth and error.

News reporting is a fine art. You want to listen carefully to discern the integrity of the reporting you encounter. For example, in some cases the phrase, “sources say” may be a legitimate term to protect those who have provided sensitive information at personal risk. Other times the phrase may just be a way of covering over biased reporting. So, carefully check the track record of your news sources. The same sort of discernment should be applied to all comments and phrases where it is not possible to disclose the exact source of the news being reported.

The warning is to always to be aware of the possibility of news passing for gossip. The Bible teaches that gossip is repeating or reporting something that cannot be verified as true or accurate. Like other sins of the flesh, humans crave gossip.

“The words of a gossip are like choice morsels; they go down to the inmost parts.” Proverbs 18:8

Gossip is the fuel of the 24/7 news cycle. Don’t be taken captive.

Proverbs 18:17 provides the truth needed to evaluate news reporting and separate speculation from fact: “The first to present his case in a dispute seems right; until his opponent comes and cross-examines him.”

Respected commentator Bruce Waltke says, “The proverb teaches the equality of disputants and instructs the disciple not to only hear both sides of an argument but to demand direct cross examination before rendering a decision.”

Much of what is reported in the media news cycle lacks direct cross examination regarding a particular claim. So, while there is much speculation among news-readers and pundits, actual authentication is frequently lacking.

If the media reporters and news pundits would wait until they had verified information to report, the 24/7 news cycle would be reduced to just a few minutes of actual reporting instead of constant guesses about what happened and why.

Author Daniel Boorstin in his book, “The Image,” makes this insightful observation about the content of modern news:

The intriguing feature of the modern situation, however, comes precisely from the fact that the modern news makers are not God. The news they make happen, the events they create, are somehow not quite real. There remains a tantalizing difference between man-made and God-made events.

Paul is commanding you in Colossians to distinguish between what God has actually done and human speculation about events that may or not be fact-driven.

Don’t be taken captive. Wait for the truth to unfold before forming opinions and taking action. Don’t be driven by what may or may not happen tomorrow.  For the sake of your family, stay above the media frenzy.

The news media never reports that God is in control of His world and He alone is the One that can be trusted.  Regardless of the turmoil around you, the God of Jacob is your strong and sure refuge. Wait until all the data is available. Trust the Holy Spirit’s wisdom in Proverbs.  Don’t feed on speculation and gossip.  Look for truth and peace will rule in your hearts.