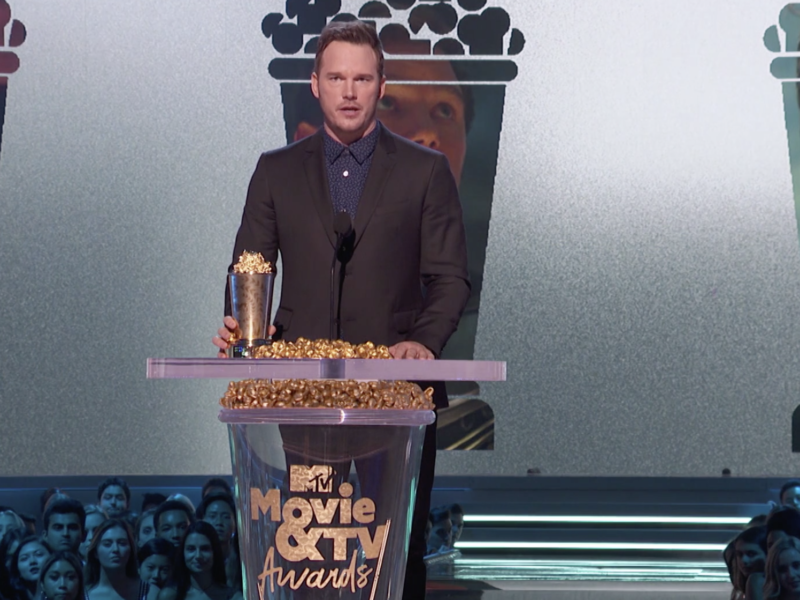 It’s not often that a Hollywood mega star is willing to go out on a limb and declare a deep, profound message about the love of God and His grace, but that’s exactly what actor Chris Pratt did on Monday night at the MTV awards.

Sure, plenty of actors give an obligatory point to the heavens and thank God after winning an award, but Pratt went well beyond just paying the Almighty lip service while accepting the Generation Award at the ceremony. Instead, he decided to give “nine rules from Chris Pratt” — rules that included some heavy truth about what really matters.

Of course, those rules did include some comedic relief, like how to “poop” at a party. But considering the audience and that the message was specifically tailored to “the next generation,” that’s expected. And all that can be overlooked considering rules 2, 6, 8, and 9. Here they are (paraphrased by me):

Yes, you just read that right.

Looking for help on how to connect with your child or teen? Check out Kirk’s new, valuable resources just for you!

Now, when you watch the video, I’m sure there will be some small theological discrepancies/differences. But I don’t think that we should let those overpower the underlying message that Pratt is trying to deliver: God is real and He loves you; prayer is good; you are not perfect, but there is one who is who died for you and offers you grace as a result of his death.

That’s the gospel, folks. And Chris Pratt just delivered it to the next generation at the MTV awards. And now MILLIONS are going to see it. Wow. And just as stunning is how the audience reacts when he unashamedly talks about his faith.

Listen up, because Generation Award winner Chris Pratt has nine rules to life you NEED to hear!Watch more of the 2018 Movie & TV Awards at mtvawards.mtv.com!