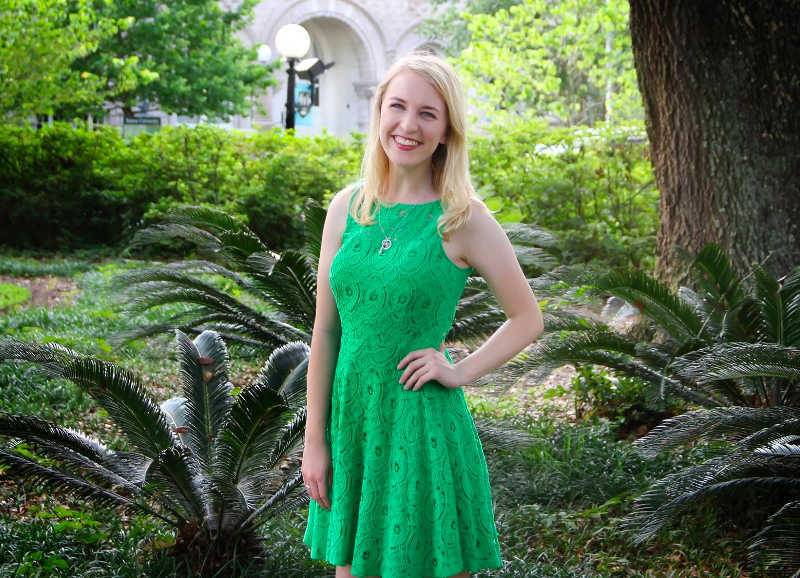 August 4, 2013 is a day Katie Lentz will never forget. That was the day she was hit head-on by a drunk driver on a Sunday morning. The crash was so severe it broke 15 bones in her body and caused internal injuries. But it’s also the day that she started a journey of forgiveness.

Katie’s crash became a national story when it happened. That’s because it involved a “mysterious” priest who showed up at the crash scene to pray with her. He then vanished. However, he was soon found and he and Katie reunited. That’s where a lot of the attention began and ended. The story, however, is incredible for another reason, mainly the way in which Katie forgave the man who put her in the hospital for nearly 800 days.

In a new Sports Spectrum podcast, Katie explains to host Jason Roman how and why she chose to forgive the man who nearly killed her.

After the driver apologized to Katie, the judge put the man’s fate in Katie’s hands: five years in jail, or a rehab program and five years probation with 500 hours of community service.

“I chose the latter because I really wanted him to get help for his situation,” Katie explained. However, she asked that the community service be upped to 800 hours to match how long she was in the hospital.

“I really believe I have forgiven him in my heart. For me it was a process. Sometimes, it’s just a decision you have to make,” she said. But it didn’t happen right away: “I did want to forgive him from the beginning, but it’s not the easiest thing. My heart had to go through a lot of changes, and a lot of time had to pass.”

“It was probably about December 2015. I never had any hate or anything like that … .It was not one thing, but it was when I think about this I’m not upset, I’m not angry, and I just felt really freed from that,” she explained.

“God turned my life upside down August 4, 2013,” she told Romano. “He gave me the gift of life. He gave me a second chance when all the science and all the medicine says I should be dead. I’m breathing and living because of Him.”

Katie has made a full recovery and her health is “fantastic.”

Listen to Katie’s full story below. The part about forgiveness starts around the 33-minute mark.

Now read: Why you shouldn’t neglect church this busy summer