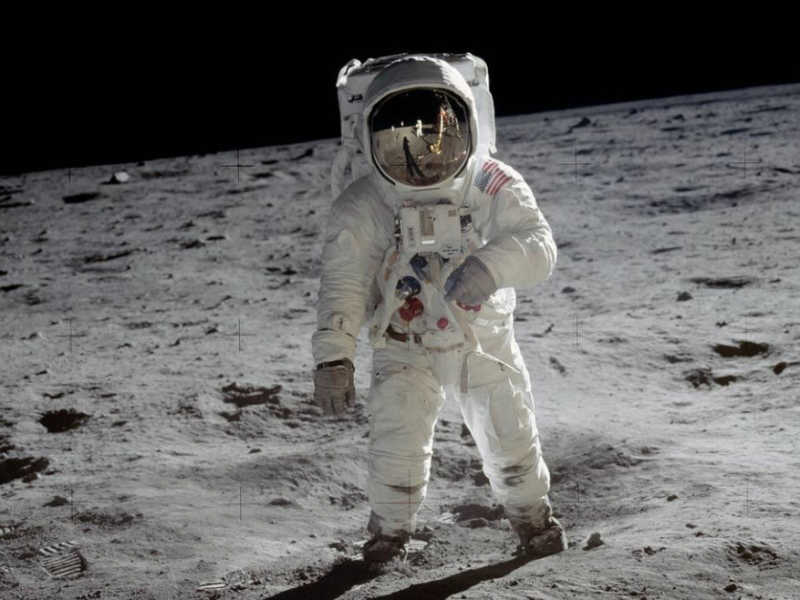 It’s been 48 years since astronaut Buzz Aldrin became one of the first — and only — humans to ever walk on the moon.

But that wasn’t the only historical barrier he broke. Aldrin also became the first person to take communion and read the Gospel of John on July 20, 1969, when his Apollo 11 mission landed on the astronomical body.

Radio host and author Eric Metaxas once covered this lesser-known historical moment on his blog, breaking down the details surrounding what led Aldrin to partake in these stunning acts of faith. Metaxas wrote:

The background to the story is that Aldrin was an elder at his Presbyterian Church in Texas during this period in his life, and knowing that he would soon be doing something unprecedented in human history, he felt he should mark the occasion somehow, and he asked his pastor to help him.  And so the pastor consecrated a communion wafer and a small vial of communion wine.  And Buzz Aldrin took them with him out of the Earth’s orbit and on to the surface of the moon.

He and Armstrong had only been on the lunar surface for a few minutes when Aldrin made the following public statement:  “This is the LM pilot. I’d like to take this opportunity to ask every person listening in, whoever and wherever they may be, to pause for a moment and contemplate the events of the past few hours and to give thanks in his or her own way.”

It was at that moment, though, that Aldrin — who attended Webster Presbyterian Church — stopped his radio communication; the public and those listening in then missed out on what happened next. The astronaut opened the bread and wine that he brought with him to the moon from his church, and proceeded to read John 15:5 before taking communion.

When Neil took this pic of me it was very spontaneous. He said "stop right there" & I turned. You can see the motion of the strap #Apollo11 pic.twitter.com/EzTGoPj2VO

That verse reads, “‘I am the vine, you are the branches. Whosoever abides in me will bring forth much fruit. Apart from me you can do nothing.”

Aldrin later explained why the radio was turned off and his communion and Bible reading weren’t widely shared with the masses.

“I had intended to read my communion passage back to earth, but at the last minute [they] had requested that I not do this,” he wrote in a 1970 article for “Guideposts.” “NASA was already embroiled in a legal battle with Madelyn Murray O’Hare, the celebrated opponent of religion, over the Apollo 8 crew reading from Genesis while orbiting the moon at Christmas.  I agreed reluctantly.”

Aldrin had reportedly told NASA flight operations coordinator Deke Slayton of his communion plan beforehand, with Slayton telling him that it wasn’t a good idea, according to Time.

“Go ahead and have communion,” Slayton said. “But keep your comments more general.”

Media outlets have covered this little-known moment over the years, with one piece in the Guardian noting that Aldrin later said that if he could do it all over again he might not take communion.

“Perhaps, if I had it to do over again, I would not choose to celebrate communion,” he apparently wrote in his book, “Magnificent Desolation.” “Although it was a deeply meaningful experience for me, it was a Christian sacrament, and we had come to the moon in the name of all mankind – be they Christians, Jews, Muslims, animists, agnostics, or atheists.”

Aldrin continued, “But at the time I could think of no better way to acknowledge the enormity of the Apollo 11 experience than by giving thanks to God.”