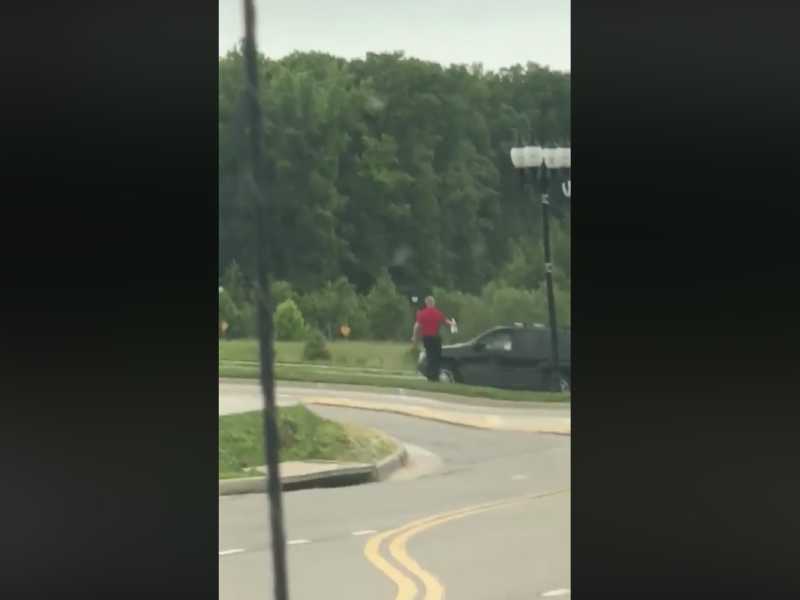 Chick-fil-A is proving once again to have the best customer service in the fast food industry.

Last week, a dedicated employee in Chesterfield County, Virginia, was filmed sprinting after a car on a busy road after a customer drove off without his chicken sandwich.

The customer, Brian Ware, said he was pulling out of Starbucks when he saw the employee – clad in the red Chick-fil-A uniform — clutching a white paper bag and running “full-speed,” chasing the car at least 500 yards to make sure Ware got his food.

The employee, identified by WTVR-TV as 19-year-old Jared Wilson, handed the food to the driver and only appeared winded for a moment before jogging back to the restaurant.

Wilson told the station that running after customers who leave their meals behind is a common practice among employees at the Westchester Commons establishment.

“I knew I could probably catch [the customer], so I figured I might as well give it a shot,” he said.

The customer was surprised to see him running up to the car, but he was glad that he did, Wilson said.

After Ware thanked him, Wilson told him, “My pleasure.”

“I can’t believe they caught me on camera,” Wilson said, admitting that he “could not stop laughing” as he scrolled on social media looking at the comments.

Wilson plans to join the Navy in the near future. This is one viral video that will speak volumes on a résumé.