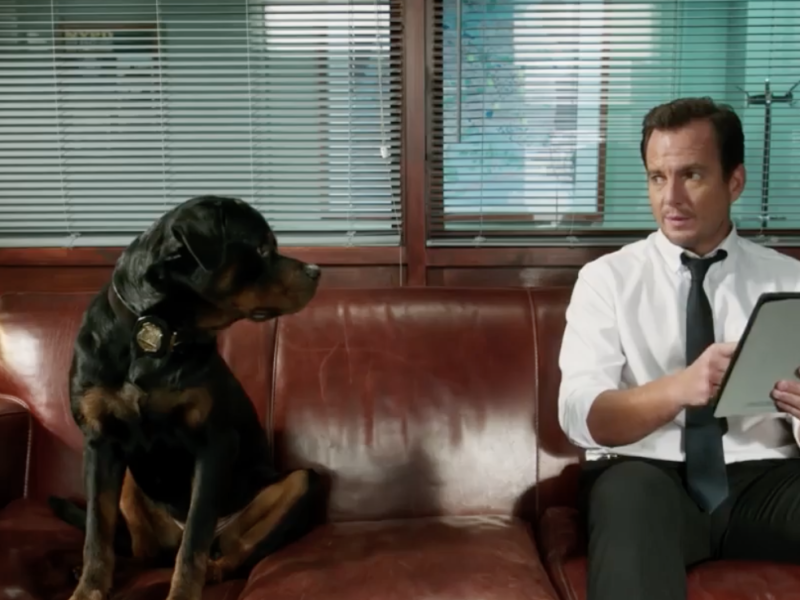 In what can be considered a major win for parents and child safety advocates (as well as common decency), the new movie “Show Dogs” (which opened May 18) will be re-edited to take out controversial scenes that many felt portrayed a hidden, sexual message.

Earlier this week in an article republished on TheCourage, parent and movie reviewer Terina Maldonado pointed out a disturbing storyline in the “PG” movie that involved the main character getting his genitals grouped:

As part of any dog show, contestants are judged on their abilities and physical attributes.  One part, in particular, is the inspection of the dog’s private parts.  Being that Max is new to competing, he needs to learn the process so his partner, Frank, along with a former show champion work to get him ready for the final round of the competition.  Since the inspection of the private parts will happen in the finals, Frank touches Max’s private parts to get him use to it.  Of course, Max doesn’t like it and snaps at Frank for him to stop.  Max is then told by the former champion, who has been through the process before, that he needs to go to his “zen place” while it happens so he can get through it.  More attempts are made by Frank to touch Max’s private parts, but Max is still having trouble letting it happen and keeps snapping at him.

The day of the finals come and if Max doesn’t let his private parts be touched, he may lose the competition and any hope of finding the kidnapped panda.  It all rests on his ability to let someone touch his private parts. The judge’s hands slowly reach behind Max and he goes to his “zen place”. He’s flying through the sky, dancing with his partner, there are fireworks and flowers-everything is great-all while someone is touching his private parts.

Looking for parenting help in a social media age? Check this out!

The scenes caused outrage, as everyone from liberals, to conservatives, to advocacy organization started ringing warning bells. After initial responses from those involved in the film brushed aside the concerns, the studio is now responding in a big way: They’re completely re-editing the film.

“Responding to concerns raised by moviegoers and some specific organizations, Global Road Entertainment has decided to remove two scenes from the film ‘Show Dogs’ that some have deemed not appropriate for children,” the studio behind the film said in a statement on Wednesday. “The company takes these matters very seriously and remains committed to providing quality entertainment for the intended audiences based on the film’s rating.”

It’s a big step for a studio, and an even bigger win for those concerned with what children are consuming these days.

“The movie Show Dogs sends a troubling message that grooms children for sexual abuse,” Dawn Hawkins, executive director of The National Center on Sexual Exploitation, said in a statement. “It contains multiple scenes where a dog character must have its private parts inspected, in the course of which the dog is uncomfortable and wants to stop but is told to go to a ‘zen place.’”

“Children’s movies must be held to a higher standard, and must teach children bodily autonomy, the ability to say ‘no’ and safety, not confusing messages endorsing unwanted genital touching,” she added.