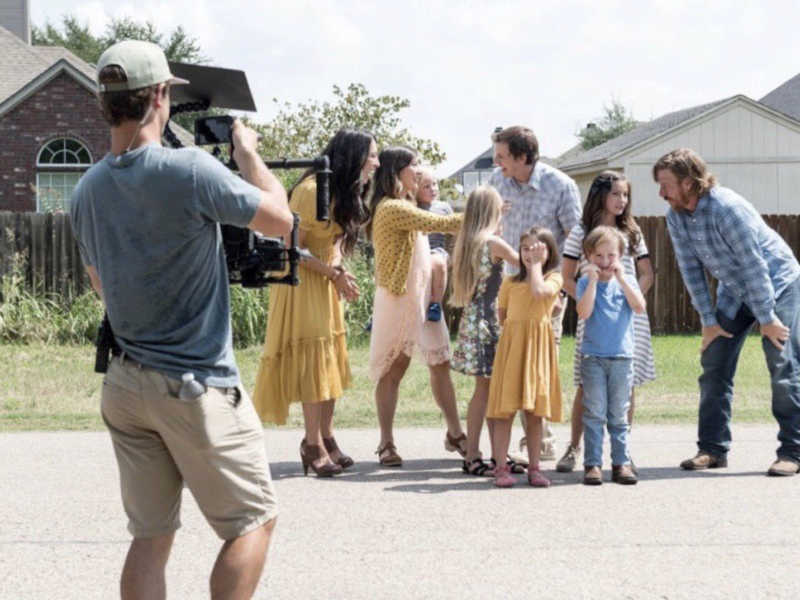 Chip and Joanna Gaines made a massive announcement on social media this week. It had nothing to do with their businesses, and in fact came as a complete shock to a lot of people. What is it? The couple is pregnant with their fifth child!

Everyone tune in now for tonight’s #FixerUpper! We’ve got some BIG news to share.. hint #1 pic.twitter.com/Qwl3ddbbTd

Hint #3 You might recall a few months back.. the ever amazing, ever romantic @JOHNNYSWIM was in Waco. And they put on a little too romantic of a concert.. anyways, one thing led to another, & we are officially pregnant. And I could not be more EXCITED! #5 #7ThePerfectNumber

And just in case there was any confusion, Chip made it clear on Instagram (with an adorable picture of Jo’s baby bump):

Gaines party of 7.. (If you’re still confused.. WE ARE PREGNANT) @joannagaines

Joanna may have teased the news herself. On New Year’s Day she tweeted a photo with a new goal: “Be expectant.”

New year, new hope… Be expectant. There is just something about fresh faith and unwavering trust that brings life to our souls. May this be your best year yet. #2018 pic.twitter.com/bOQkoA6IAb

She also shared a video of one of the couple’s first sonograms:

Chip swears he can already tell it’s a boy. Look at the little heartbeat!! ??❤️❤️ #5

The couple’s HGTV show, “Fixer Upper,” is currently airing its final season. Of their current children, the oldest is 12 and the youngest is 7.