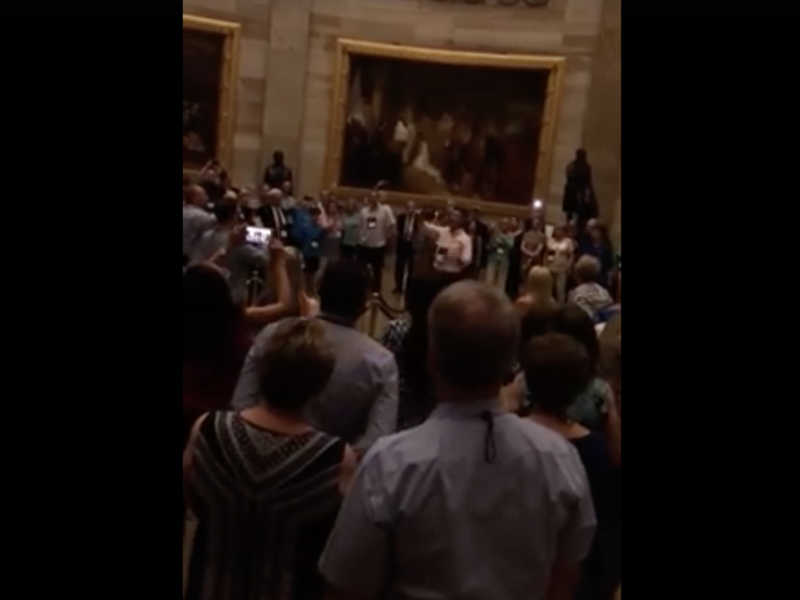 At first glance, a video showing a group of tourists in the Capitol rotunda looks fairly uninspiring. That is until they open their mouths and begin to honor God.

The group is the choir from First Baptist Church in Dallas. They are currently in Washington, D.C. for Independence Day festivities. During a visit to the Capitol, they decided to give an impromptu taste of their abilities.

In the video, the choir breaks out into four-part harmonies of “Praise His Holy Name.” Listen below, and be sure to turn up the volume:

FBD. The Rotunda in the United States Capitol. Turn it up!! #fbdtakesdc

While there, the group was featured alongside President Donald Trump, and even got a tour from Texas Rep. Louie Gohmert:

I don't know who took this photo, but thank you so much for sharing! It was a great day!

And here we go!!! We'll be singing praise and thanksgiving to the Lord, while the President of the United States is listening in. See y'all after the concert.

FBD had a private tour of the Capitol guided by Congressman Louie Gohmert. He made it vey personal and special. Mr Gohmert is a walking history book.