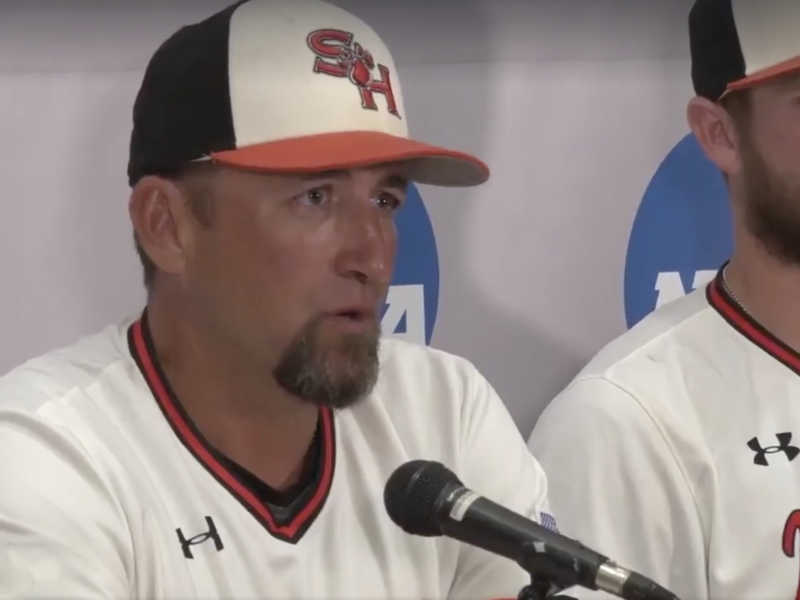 Matt Deggs is the head baseball coach at Sam Houston State University. It was a tough weekend for him and his team, as they were bounced from the NCAA Super Regionals by Florida State, thus missing the College World Series. The score of the final game was 19-0. Most people wouldn’t be up for giving a rousing speech after such a loss. But most people aren’t Matt Deggs.

Deggs used the opportunity to talk about his God, his country, and second chances.

He starts by mentioning how he was fired from his previous job at Texas A&M and how he was blessed just to have an opportunity with Sam Houston State. He extended that sentiment to his players, many of which he called “second-chance guys.”

He went on to rail against entitlement before expressing a sentiment that he said he wished the country would get back to: “There’s no greater honor than to sacrifice for a brother.”

Seriously impactful stuff from Sam Houston State Bearkats baseball coach Matt Deggs, about what this year's team meant to him, and what second chances mean in this world.(h/t @BearkatVid on twitter)