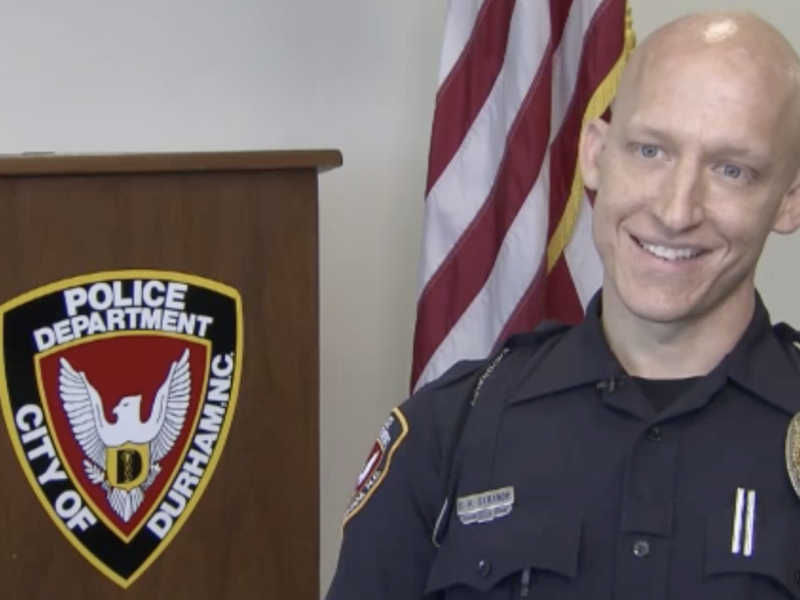 A Durham, NC, police officer’s random act of kindness for a female stranger he pulled over is getting attention for all the right reasons.

Courtney Bailey was pulled over recently by officer D.P. Strandh. When she was, she knew what she was in for: she was speeding, she wasn’t wearing her seatbelt, and her vehicle inspection was expired.

Strandh, though, had other ideas.

“I don’t really know. I just felt some sort of connection with her, and I knew she needed some help, obviously,” he told WRAL-TV.

Bailey felt it, too.

“The crazy part that really touched my spirit was, here I am sitting in my car just super afraid of him, and he’s only seeing my needs,” Bailey told the news station. “He’s only seeing me as a mom who is about to go grind it out for her child.”

Bailey had recently lost her job and was on her way to donate plasma for money.

Instead of writing her up, Strandh drove with her to a mechanic and not only personally paid for her inspection but also bought her a new tire.

“The first thing that popped into my mind was, ‘Wait, you’re a cop on a cop’s salary and you’re about to drop $200 on me?'” Bailey said. She took to Facebook to spread the word and to explain how Officer Strandh changed her perspective on police in general, and her video was picked up by the site Love What Matters:

When I posted this, my intention was only to break up the monotony of negative that was free flowing over my timeline. I…