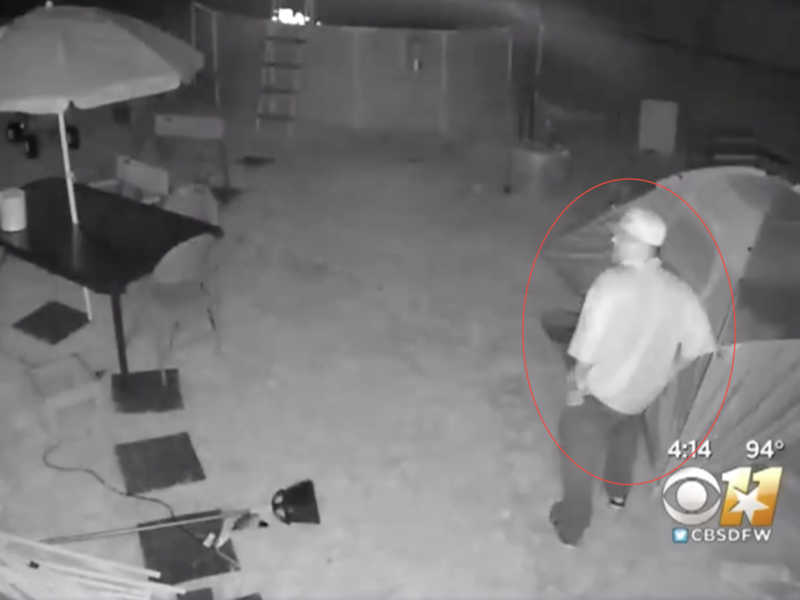 The state of social media today is enough to give any parent anxiety. But one Oklahoma man turned that anxiety into action.

The man, who has asked to remain anonymous to protect his daughter’s identity, had an app that notified him of some sexually explicit messages between a 33-year-old man and his 15-year-old daughter.

“He was messaging her and encouraging her to meet him,” the dad told CBS DFW. The man was also sending nude pictures.

So dad went to the police, but authorities didn’t immediately act. That’s when the dad saw messages indicating the man was going to try and meet his daughter that very night. Dad and some other family members hatched a plan to catch the man in the act.

“The thought did cross my mind, very much so,” the dad responded when asked if he feared the plan could go south. “But the situation outweighed those thoughts.”

That plan involved putting a decoy in their backyard tent and having the man come over as planned. When he arrived, the dad and two others tackled him to the ground, binding his hands and feet with zip ties until authorities arrived.

“I told him that he stepped into the wrong backyard and messed with the wrong little girl,” the dad said. Despite the anger, the family left the man unharmed.

Police arrived and charged the man with using technology for sexual communication with a minor.

Local authorities both praised the family (calling the operation “almost professional”) and urged caution for others: “We never encourage people to take the law into their own hands, that’s what we’re paid to take risks for.”

Still, the dad has no regrets. And his words stand as a reminder for other parents to be alert.

“If I wasn’t as involved as I am, I don’t know when I would have caught this. And that scares me. Not just for my children and my family but for other children and other families out there.”

Watch video of the takedown below:

NOT IN MY BACKYARD

NOT IN MY BACKYARD – An Oklahoma father and his friends took down a predator who used Facebook to approach his daughter. READ MORE: http://cbsloc.al/2ttVbFD