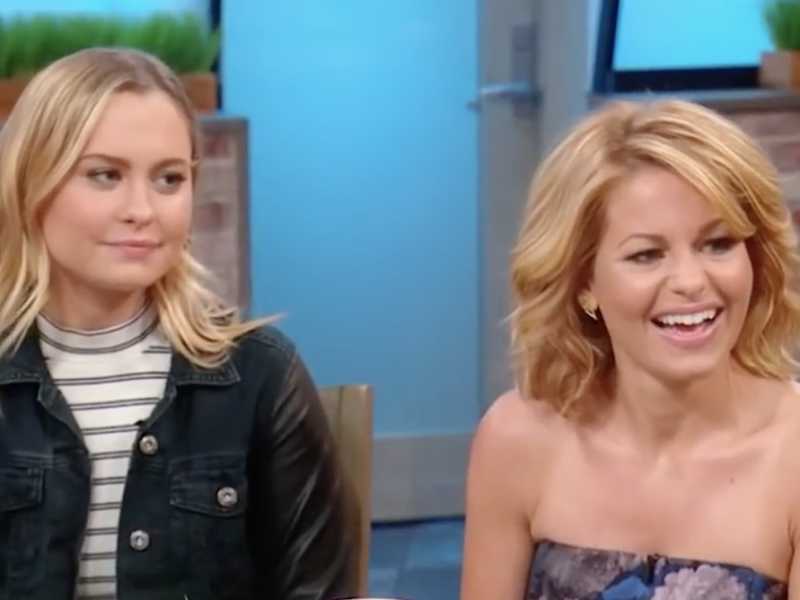 Raising kind, respectful children in today’s world is no easy task, and raising children who love Jesus can be even more challenging… Especially in Hollywood.

Though it seems like Full House star Candace Cameron Bure was able to do both, and yes, all while facing the pressures that come with living in the spotlight in Hollywood.

How do I know this? We recently caught up with her daughter, Natasha Bure, during an exclusive audio interview inside Kirk Cameron’s The Campfire.  The way she spoke of her family, her acting career, and her faith made it clear that she is headed down the right track. We wanted to hear about her new movie that releases Friday, March 15, Faith Hope and Love, her experience as a young Christian actress in Hollywood, and of course, what uncle Kirk Cameron is like at family gatherings.

It’s one thing to be raised in a Christian home and know who Jesus is, but knowing Jesus as your Savior and having a personal relationship with Him is a different story. We asked Natasha how she was able to make her faith her own as a young girl, and how her parents allowed room for her to discover who God was versus pressuring her to believe.

She goes on to explain that while her parents raised her in a Christian home, they were careful to not force her to claim a faith that she didn’t actually believe. As parents, forcing children to believe can be a real temptation. A parent may have the best intention, though forcing a child to believe in Jesus is not going to be effective in the long run.

She continues, “I think it’s a tendency for people when they hear questions, they might hear doubt. And they might not want to ask questions because they don’t want to seem uneducated or unsure.”

This is such a valuable parenting lesson. Many times, parents might be concerned if they hear a tinge of doubt in their teenager’s questions regarding faith. However, as Natasha points out, those questions might be the very thing that strengthens their faith the most.

To watch Natasha in her new movie, Faith Hope and Love, get tickets here. To hear Natasha talk more about her childhood, career, and her uncle Kirk Cameron, listen to the full interview by joining The Campfire today.