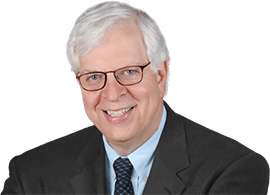 Nationally Syndicated radio host Dennis Prager has one of the most successful video franchises on the internet. His PragerU videos, which cover topics from America’s independence to the value of human life, have reached over 1 billion views on YouTube. And that number would be even larger except for some restrictions that some of his videos are starting to receive from YouTube and its parent company, Google.

What kind of videos are being restricted? Well, that’s the strange part. Currently 100 of his videos are on the restricted list, lumping them in with violence and pornography and meaning any household that filters out such things aren’t allowed to see the videos. But the videos on the list are neither of those.

“This example is typical,” Prager explained on The Campfire podcast. “It’s titled, ‘Are human beings more valuable than animals?’ Why would that be lumped with pornography and violence? The argument is that human beings are infinitely precious. But the animal rights crowd, I guess, thinks that animals and humans are of equal value and doesn’t like the video, so Google has YouTube put it on the restricted list.”

When asked if he ever received any sort of explanation from Google for the decision, the answer was an emphatic, “No.”

Prager  joined podcast to talk about the importance of free speech and his upcoming documentary about it called “No Safe Spaces.”

Listen to Prager explain the situation in the clip below: