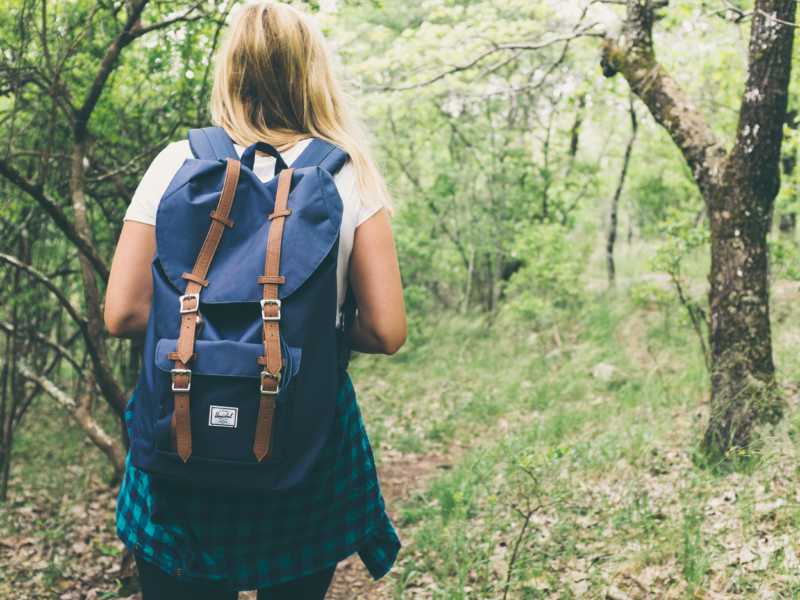 So they gave to Jacob all the foreign gods that they had, and the rings that were in their ears. Jacob hid them under the terebinth tree that was near Shechem (Genesis 35:4, ESV).

What trips you up?

What if those things, instead of being allowed to hang around, were destroyed? Not just curtailed and trimmed back, not just limited in the amount of time they’re allowed to take up—but destroyed!—the way 2 Corinthians 10:4 says we’re to “destroy strongholds,” those fortresses of thinking that keep us from what God has for us.

Jacob seemed to realize in Genesis 35 that the presence of some kind of “foreign gods” was proving problematic to his family. In our context, an example of a false or foreign god might be the teachings of a rival religion. It might be messing around with horoscopes or some other sort of psychic fiddling with the future. But it could also be something much less occult-like, such as dependence on a legal or illegal substance—even a dependence on rich, chocolaty desserts—any kind of crutch you might lean on instead of trusting in God and resting on His promises.

Read this: How to break free from the lies and shame you carry

Jacob was wise in identifying the issue. He “said to his household and to all who were with him, ‘Put away the foreign gods that are among you and purify yourselves and change your garments.’” (Genesis 35:2). Even the things they were wearing were not pleasing to God. But once they had given Jacob everything he’d demanded, notice that he didn’t get rid of these articles. Instead, he “hid them.”

Maybe one of those things that obstructs what God wants for you is your Internet activity. Then why haven’t you smashed it yet? Why do you continue pretending you can handle unfiltered, unaccountable, online access without it remaining a form of bondage?

Maybe one of your known issues has something to do with a college friend who still has too much of a presence in your life. Why haven’t you ended this relationship yet? If you know you’re not going anywhere good with this optional friendship attached to your life, why haven’t you acted on this knowledge?

Maybe it’s a kind of music that was once really important and enjoyable to you, but now you realize it’s inconsistent with the kind of music you sing in worship. “From the same mouth come blessing and cursing,” as the Bible says. “My brothers, these things ought not to be so” (James 3:10). This is because you shouldn’t leave things standing around that prop up a stronghold. They must be removed and destroyed. “Make no provision for the flesh” (Romans 13:14). Get serious about victory instead of sourcing your sin.

Whatever feeds your stronghold must be put out of reach. It’s time to take a wrecking ball to that tower and to everything around it that defends or supports it.

No more hiding stuff in places where it can be dug up and dragged out later when something happens to make you want it. Destroy, smash, demolish—where it can’t trip you up anymore.

Now read this: The only way to change your heart