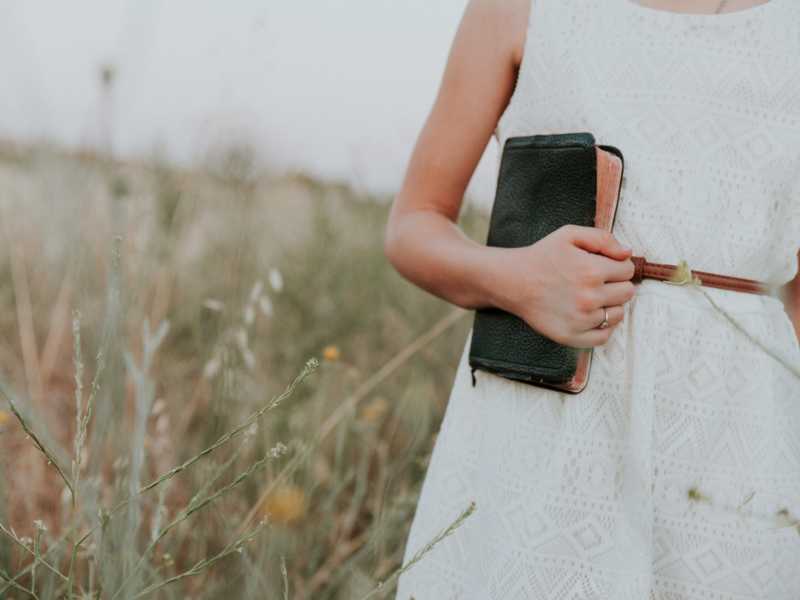 Research has found that contrary to the secularism of modern culture, Americans still believe in God. A 2016 Gallup poll revealed that 9 out of 10 Americans say they believe in God. But as writer Will Herberg observed, “America seems to be at once the most religious and the most secular of nations.”

It is of the greatest importance that we know what true faith is. The Bible tells us that “it is impossible to please God without faith” (Hebrews 11:6 NLT). And the book of James tells us what true faith is, the kind of faith that God requires of every person.

True faith, the kind of faith that God requires, is a faith that always will bring results. It is a faith that shows itself in actions. James says, “What good is it, dear brothers and sisters, if you say you have faith but don’t show it by your actions? Can that kind of faith save anyone? … So you see, faith by itself isn’t enough. Unless it produces good deeds, it is dead and useless” (2:14, 17 NLT).

Read this: When you don’t feel like praying anymore

Let’s understand what kind of faith James was describing. He was saying that a faith that doesn’t produce results will not save you, because that is not real faith. The issue here is not whether faith saves you; the issue is whether a phony faith, a pseudo-faith, saves you. The answer is no. It cannot because it isn’t real.

It’s no more real than an image of a fireplace playing on your television screen. Could you go and stand in front of your TV and warm your hands or roast a marshmallow in that video image? Of course not. It’s only a recording of the real thing. It isn’t the genuine article.

James wanted to jolt out of complacency those who had a false concept of what faith is. Therefore, he used a relatively radical analogy: “You say you have faith, for you believe that there is one God. Good for you! Even the demons believe this, and they tremble in terror. How foolish! Can’t you see that faith without good deeds is useless?” (2:19–20 NLT)

It may surprise you to know that demons, and the devil himself, are neither atheists nor agnostics. The devil and his demons believe in the existence of God. They believe in the deity of Jesus Christ. They believe that the Bible is the very Word of God. They believe that Jesus is coming again. So you could say, in a very limited sense, that the devil and his demons are orthodox in their beliefs. They’re orthodox in the sense that they do believe the right things about God. But it is a devil’s faith. The devil is never going to be saved or changed in any way. The Bible is clear about his origin, his agenda and his ultimate destruction.

James used this shocking analogy to point out to the religious elite that even correct belief, as important as that is, is not in itself enough. He said that not only did the demons believe, but they trembled. Have you ever been so frightened that your hair seemed to stand on end? That is the kind of trembling James was referring to. The devil and his demons tremble before the Lord because they know his power. They recognize his authority.

You can know the right things about God and not necessarily believe, in the biblical sense, in God. True belief in Jesus Christ is the quality of faith that takes you to him, that commits to him, that rests completely on him and that fully trusts in him, which results in a radical change in attitude and lifestyle.

There are people in the church today who believe the right things about God. If you asked them a series of biblical questions, they would give you the correct answers. But they do not have the kind of faith God requires.

Like the demons, you can believe in the power of God. You can believe that Jesus Christ is the son of God, that the Bible is God’s Word and that Jesus is coming again – and yet not really know God in a personal way.

What does it mean to believe, then? The word believe is made up of two words: be and live. That pretty much sums it up. Faith helps us to be spiritually. But after we receive that life, we express it in Christian works and deeds. Be and live. We put our faith in Christ, but then we live it out.

James was speaking to people who thought they could say they were believers but not show any real evidence of it in their lives. Therefore, he was saying their faith wasn’t real, because if it were real faith, there would be evidence.

Faith in God that results in works will result in a balanced Christian life. They are essentially inseparable. The apostle Paul put it all together when he said, “God saved you by his grace when you believed. And you can’t take credit for this; it is a gift from God. Salvation is not a reward for the good things we have done, so none of us can boast about it” (Ephesians 2:8–9 NLT). Paul was saying that if you really have faith, it will result in works in your life.

Don’t think, however, that because you’ve done certain things, you will earn the blessing of God. Even when you fall short, even when you fail, God loves you and accepts you in Christ. Because of Christ’s work on the cross, the Bible says that you have been made “accepted in the Beloved” (Ephesians 1:6).

Now read this: When nothing makes sense, where is God?