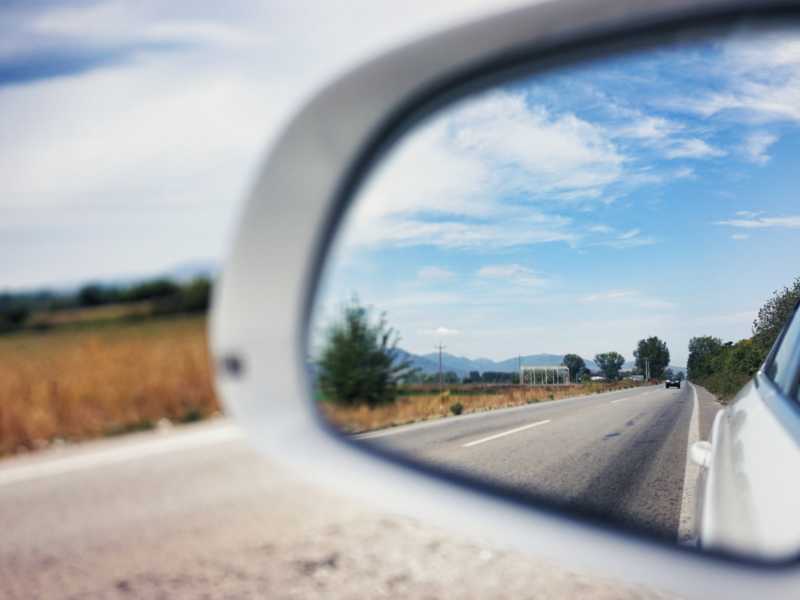 A few of years ago, I had a conversation that is seared in my mind as a reminder of all the work Jesus has done in my life. This conversation took place early one morning just as I’d finished an exercise class. One of my classmates and I were chatting in the parking lot about our families. She started to ask how I met my husband and then she said, “Oh, I guess you met while you were at Baylor together.”

I told her that I didn’t go to Baylor and that my husband, Brody, and I met after college. Then, I added (because I often add), “It’s a good thing we didn’t go to the same school. He wouldn’t have dated me when we were in college.”

Her eyes got bigger and she leaned in and asked, “Why? Was Brody wild when he was in college?” I giggled and then I could see that she was serious.

I answered, “No, he was a straight arrow and wouldn’t have dated ME. I didn’t even apply to Baylor because they had dorm curfews and curfews weren’t in my college plan.”

She laughed and said she could not even imagine me in that context. In a probably unexpected reaction, my eyes welled up and I said, “Praise God that you can’t recognize that person as me. Praise God for what He has done in my life.”

I had a similar conversation just a few weeks ago while I was working on a ministry project with a new friend. She was asking about my walk with the Lord and specifically asked about my college years. I said, “Oh, in my early college years I thought Christians were weak-minded people who needed a crutch to get by in life. I saw no reason to give credit to God because anything I had I got for myself.”

She tilted her head, furrowed her brow and said, “I can’t even imagine that person you just described was you.” But it was me. And again, I was so thankful that she could not reconcile who I was then and who she was sitting next to at that moment.

Those exchanges might not seem like any big deal to most people, but they are treasured gifts from the Lord, just for me. They were just what my heart needed to hear, needed to receive. It was as though in those moments Jesus was saying, “It’s gone. You have received a new heart, a new life and a new identity in Me. They don’t see who you were, they see ME.”

Read this: Do you need a fresh start?

For years after college, I struggled with “going out there” with my faith because I knew where I’d been. I knew what my heart was before Christ. And while I read scripture and understood the truth of redemption, and allowed it for other people, I struggled to believe it was also for me. Instead, I felt like a fraud (I wasn’t a fraud, I just have an accuser who uses the same tired tricks because he sure doesn’t want me “going out there” with my faith, either). These seemingly small conversations confirmed what Jesus wants me to know – He’s redeemed me and I am a new creation in Him. The old is gone and the new has come (2 Corinthians 5:17).

So how did I get here from there?

I prayed to receive Christ as my Savior when I was eight years old and I meant every word of the sinner’s prayer. However, I was not discipled and by the time high school rolled around, I filled my time, heart and mind with things of this world. I was prideful (still being sanctified in that area), foolish, self-reliant and had no need for God (or His annoying people).

But by my junior year in college, I found myself incredibly lonely – even with people around me. It was then that I prayed, “Lord, I haven’t prayed in so long that I think I’ve forgotten how. I don’t even know if I’m doing this right, but I remember enough about You to know You hear even choppy, inarticulate prayers. Please come change my life. It’s been years, but I want to come back to You. Take anything out of my life that is a stumbling block to You. If You need to take every single friend out of my life to get to me, take them.”

And He did just that. From that Saturday morning prayer in my bedroom in an apartment near SMU, He took a mustard seed prayer and moved mountains in my life. He did take away a lot of friends, but He faithfully replaced them with people who are still in my life today. He gave me a voracious appetite for His Word and a desire to talk to Him and hear His voice.

He even had the most handsome straight-arrow man look my way – and never look away. The Lord has grown me in ways I could have never dreamed, taken me to places in His name that I would have never gone, built a family and showed me a capacity to love that I didn’t know was possible. And since I’m still breathing, I know He’s not finished with me yet.

Before posting this, I struggled to know if this is what the Lord wanted me to write and whether it will be received in the way it is intended. Part of me wanted to delete it because it could be construed to be “all about me.” But some people may read my posts and have the impression that I grew up following Jesus and never wavered in my walk with Him. That is not the case, and this is not about me, but about what He’s done in me.

I think that’s why I have struggled so mightily this month with the word, “receive.” I have no shortage of things to say about what I’ve received even above and beyond the blessed assurance of everlasting life, but it is all so incredibly personal. The new life and the new identity that I’ve been given was tailor-made by God, just for me.

And I receive it.

“Yet to all who received Him, to those who believed in His name, He gave the right to become children of God.” (John 1:12)

Now read this: One question to ask yourself when you’re faced with temptation

This post originally appeared on GoodWordProject.com and was republished with permission.