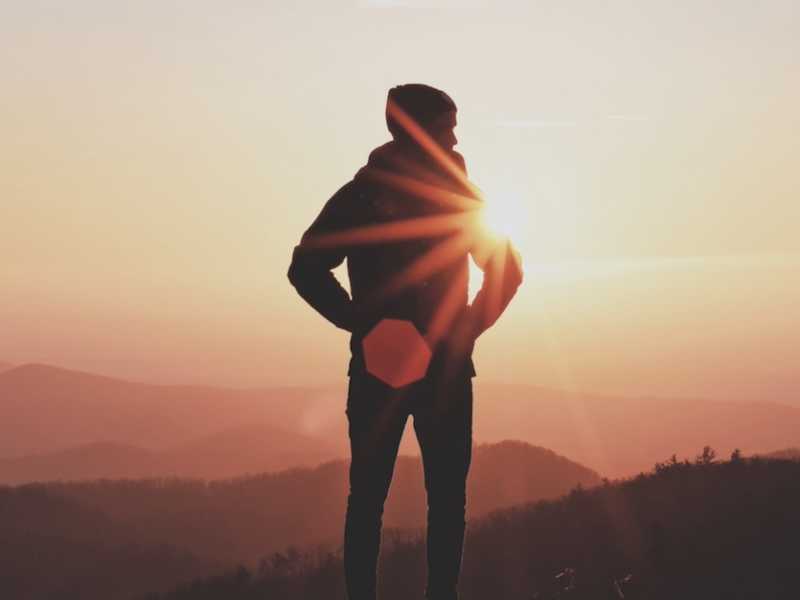 If a woman has become a mother, for instance, does she know it? Is she sure of it? Does she know how it happened? Does she remember going to the hospital and having her first baby? Could she give you all kinds of details, not only of how she became a mother, but how she continues being a mother today?

It’s the same way with knowing Jesus. It doesn’t just sneak up on you while you’re asleep. You don’t catch it like a cold. You can’t enter into an eternal relationship with God the Father through His Son Jesus Christ without knowing you’ve done it.

Granted, it can take some time to develop. It can take some time to grasp. Maybe you’re like one of the blind men Jesus healed. He knew something had happened to him. “The man called Jesus made mud and anointed my eyes and said to me, ‘Go to Siloam and wash.’ So I went and washed and received my sight” (John 9:11). He knew he’d had a memorable encounter with this “man called Jesus,” but he didn’t know much more about Him in that moment than His name.

Yet the story went on. The more he processed what Jesus had done and who He must be, he knew Jesus couldn’t be merely a man. “If this man were not from God, he could do nothing”(John 9:33)—like heal someone from blindness. But as the day continued, Jesus found this person again and asked him, “‘Do you believe in the Son of Man?’ He answered, ‘And who is he, sir, that I may believe in him?’ Jesus said to him, ‘You have seen him, and it is he who is speaking to you.’ He said, ‘Lord, I believe,’ and he worshiped him” (John 9:35–38).

For a while, this formerly-blind man knew the Lord only as “the man called Jesus.” Maybe He was at least a prophet, a man sent from God. But as Jesus revealed Himself more clearly, the man’s response became an absolute, “Lord, I believe.” He had no doubt anymore. Jesus was the Son of God, and this man was now His follower. That was his story, and he was sticking to it.

I’ve known people who’ve taken a long time, some of them many months—I can think of one man in particular who came to our church for ten years before confessing Christ as Savior. The details of their stories are always different. The way it happens is never quite the same, despite the fact that Jesus never changes. But I don’t know anyone who’s been converted to Christ who couldn’t tell you what happened to get them there. “I know who He is. I know what He’s done for me. I know what I was like before Him. I know how I met Him, how He’s changed me since I gave my life to Him, and I know that He’s still working in me today.”

Do you want to grow in your relationship with God? Click here to learn more about Kirk Cameron’s new online community, The Campfire.