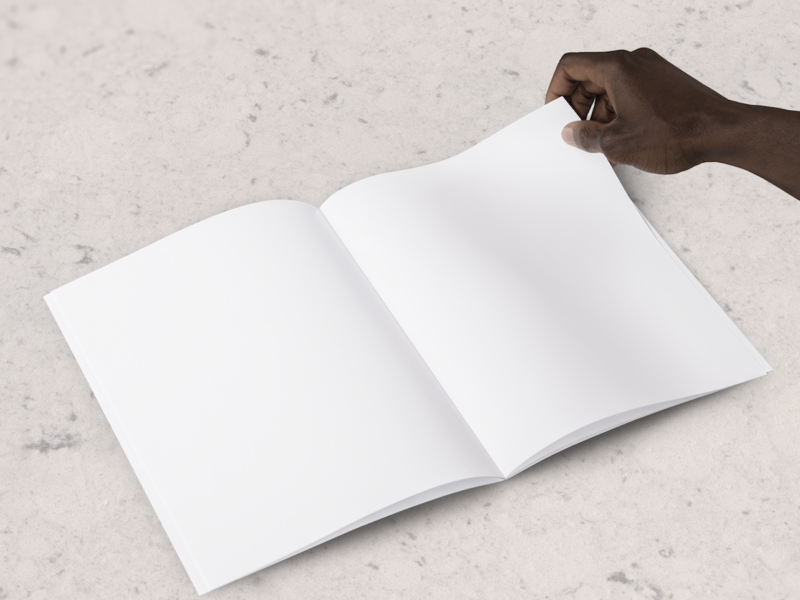 For me, it’s always a great thing to start something fresh. I love it when Daylight Saving Time begins and we spring forward an hour. It’s like getting a whole new part of the day. I also love the first day of spring. I like the way everything looks after it rains. And as an artist, I love a blank sheet of paper.

Another thing that’s great is when you come to the end of a great difficulty or failure and can have a fresh start, a new beginning.

Moses, the world changer, changed the world for the captives of Egypt, the nation of Israel. He led them to a new beginning in a new land. And the way he did it all was by faith. But before this happened, Moses himself needed a new beginning. You probably know the story. He killed an Egyptian and went into exile for 40 years. But the Lord spoke to him and recommissioned him to service. Moses had crashed and burned, but God gave him a second chance. God gave him, and ultimately the Israelites, a new beginning.

Read this: The beautiful thing that happened after my miscarriage

If we could wrap our minds around what God has done for us and how much He has forgiven us, how he Has taken all that sin and removed it from our lives, then we would have an eagerness, an excitement and a passion to tell others about what God has done for us. With this comes responsibility, because Jesus also said, “When someone has been given much, much will be required in return; and when someone has been entrusted with much, even more will be required” (Luke 12:48 NLT).

The Jewish people had been living as slaves under Pharaoh in Egypt. But through Moses, the answer to their prayers had finally come. The problem was that Pharaoh wasn’t cooperating. Instead of releasing the Jews, he dug in his heels and refused to release them. And even worse, he effectively chose to reject God. He said, “And who is the Lord? Why should I listen to him and let Israel go? I don’t know the Lord, and I will not let Israel go” (Exodus 5:2 NLT).

God gave Pharaoh chance after chance to release the Jews, but Pharaoh refused. So the Lord brought judgments, 10 plagues in total, upon Egypt. These included lice and flies and bugs and spiders and frogs and hail. It just got worse and worse. But the Bible says that Pharaoh’s heart got harder. Then it says the Lord hardened Pharaoh’s heart, which means God strengthened Pharaoh in the decision he had already made.

When Pharaoh realized he was outgunned (or out-plagued), he tried to get Moses to compromise. He tried to deceive Moses by saying they could go ahead and leave Egypt to worship the Lord – but they were not allowed to go very far. Moses said no. Then Pharaoh said they could go, but they needed to leave their children behind. Moses said they were not leaving their kids. Then Pharaoh said the people could go, but the animals had to stay. Moses said, “Not a hoof shall be left behind” (Exodus 10:26 NKJV). In other words, “You get nothing.”

Remarkably, Pharaoh still resisted, so the Lord brought a severe judgment on him: the death of the firstborn. This might seem harsh, cruel and even extreme on the part of God. But for all practical purposes, Pharaoh had decided his own fate. How? Moses warned Pharaoh that he would be treated the same way he had treated the Jews. He would reap what he sowed. What Pharaoh was doing to the Jews would come right back on him.

While the Israelites were still in the land of Egypt, the Lord gave instructions to Moses and Aaron for the first Passover. God started by making it a new beginning for the nation of Israel. It would be like saying today, “We’re starting the year over again because it hasn’t gone so well.” On the 10th day of that month, each family was to choose a lamb or a young goat for a sacrifice. It was one animal for each household, but if the family was too small, they were to share with another family. The animal had to be a 1-year-old male with no defects. Then they were to sacrifice that animal, take the blood and put it on their doorposts – on the left side, the right side and on the top of the door. The Passover was a new beginning.

The Passover was a new beginning. Have you ever wished you could start all over again, maybe in your marriage, maybe in your relationship with your children, or maybe with someone you have fallen out with? In a way you can, because the Bible says, “Therefore, if anyone is in Christ, he is a new creation; old things have passed away; behold, all things have become new” (2 Corinthians 5:17 NKJV).

You don’t have to be crippled by your past anymore. You can put it behind you. You might say, “My life is messed up. It’s broken down. It’s falling apart.”

Your life can become new and fresh in Jesus Christ. You, too, can have a new beginning. I love how the Lord effectively said to the Israelites, “It starts now.”

It doesn’t matter what time of the year it is. It can all change because of the blood of the Lamb. God can do that for you.

Now read this: The purpose of the last Passover