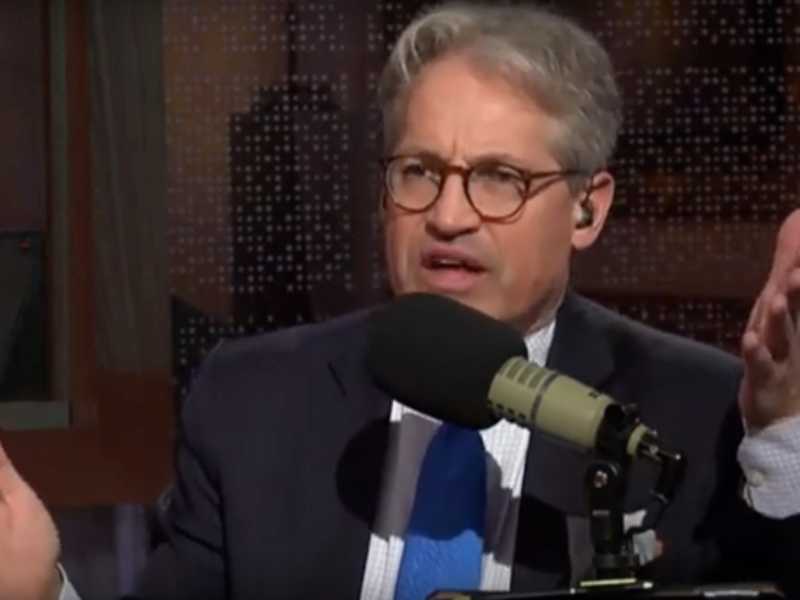 With noisy social media arguments and painfully disruptive news headlines, it seems that division in America is at an all-time high. As we approach another election year, many are asking, “Is there any hope for our country?”

Eric Metaxas is the New York Times#1 bestselling author of Martin Luther, If You Can Keep It, Bonhoeffer, Miracles, Seven Women, Seven Men, and Amazing Grace. He is the host of the Eric Metaxas Radio Show, and he speaks to thousands around the U.S. and internationally each year.

So, does Metaxas have hope for America? And does he think we can save what feels to be sinking?

“The cliche answer, but also the true answer, is Jesus,” Metaxas says. But he makes the distinction that we really need to know what that looks like today. It’s an easy answer to give, but we need to have a plan that backs that statement up.

“Looking to Jesus means having a biblical worldview, which says that, ‘I’m going to fight for what is right regardless of the outcome.'” He then uses William Wilberforce and Deitrich Bonhoeffer as examples of Christians who lived their lives through the lens of a biblical worldview.

“It’s not just about winning, it’s about obedience to God. ‘Why do I fight for the unborn? Because not to do that is to grieve the God who died for me.'”

There are many people today that don’t want to get involved in the highly sensitive and politically charged problems that exist in our country because they don’t want to upset anyone. Metaxas says this is not a biblical approach.

“If you really care about people, you have to fight for them.”

He then adds that if we really want to fight for our country, that the “church needs to be the church.”

“I am convinced that if the church would be the church… and will fight for the love of God and the love of all the people God died for, I personally believe that God is going to do it.”

So, does he have hope for America? “I’m actually very hopeful because God calls me to hopeful.”

Watch a clip from the interview below. To watch the full episode with your free trial, you can click here: