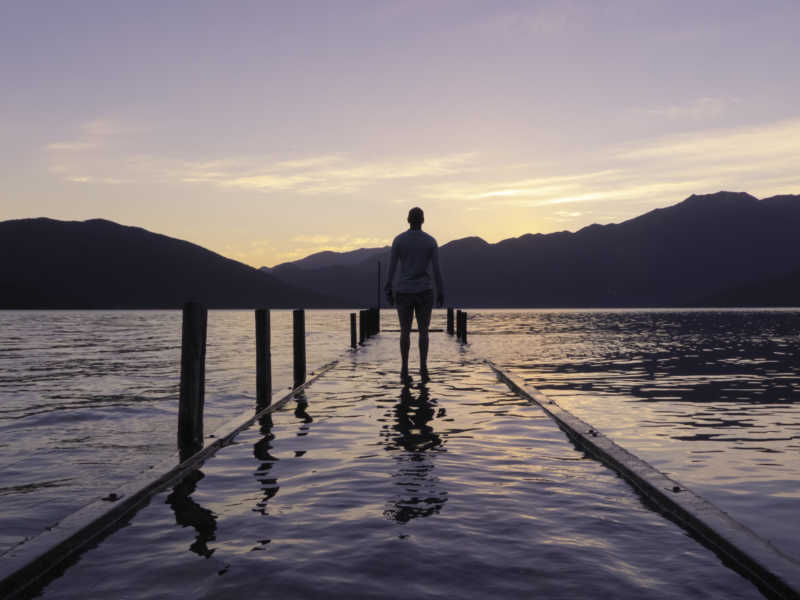 As the result of a diving accident left her a quadriplegic at age 17, my friend Joni Eareckson Tada has spent the last five decades in a wheelchair. Yet she wrote these amazing words about her tragedy:

In the book of Hebrews, the Bible lists a group of men and women whose faith grew stronger through experience. And like my friend Joni, they turned their setbacks into stepping stones. I call these great heroes of the faith world changers.

Describing the kind of hardships they faced, Hebrews 11:36–39 says this:

“But others were tortured, refusing to turn from God in order to be set free. They placed their hope in a better life after the resurrection. Some were jeered at, and their backs were cut open with whips. Others were chained in prisons. Some died by stoning, some were sawed in half, and others were killed with the sword. Some went about wearing skins of sheep and goats, destitute and oppressed and mistreated. They were too good for this world, wandering over deserts and mountains, hiding in caves and holes in the ground. All these people earned a good reputation because of their faith, yet none of them received all that God had promised.” (NLT)

One of these heroes, Abraham, carried out one of the greatest acts of faith in human history when God came to him and asked him to offer up his son Isaac.

This was an epic test.

God asked him to make the greatest sacrifice imaginable. Finally his son, Isaac, had been born. Sarah actually did bring forth that promised child in her old age, and he became the light of Abraham’s life. Abraham doted on the boy. In fact, his very name says it all. “Isaac” means laughter. They loved him.

A lot of things can become idols in our lives, not just bad things. Sometimes even good things, out of their proper place, can become that. For example, people will say, “For me, family is number one. It’s all about family. Nothing is more important than family.” Actually, that is not true. God should be No. 1 in our lives.

Let me say at the outset that it was never God’s intention to have Abraham kill Isaac. Rather, it was a test God knew Abraham would pass. This is why Abraham was effectively a superhero of the faith. He believed that even if Isaac died, God would raise him from the dead. Hebrews 11:19 tells us, “Abraham reasoned that if Isaac died, God was able to bring him back to life again” (NLT).

In other words, no matter what happened, Abraham knew that God was in control.

So Abraham basically said to Isaac, “Son, come on. We’re going to take a little walk together.” And as they made their way up the mountain, it was beginning to dawn on Isaac what was about to take place.
Here we have a beautiful picture of what happened at the cross of Calvary. I think this is one of the reasons this story is in the Bible. It shows us a father who was willing to sacrifice his son, and a son who was willing to be sacrificed.

As Isaac was lying on the altar and his father raised up the knife, preparing to sacrifice his son, a voice came from heaven: “Abraham! Abraham! … Don’t lay a hand on the boy! … Do not hurt him in any way, for now I know that you truly fear God. You have not withheld from me even your son, your only son” (Genesis 22:11 NLT). World changers like Abraham give everything back to God because everything is from God.

World changers like Abraham give everything back to God because everything is from God. Our children are a gift from God. We don’t own them; they belong to him. Everything we have acquired in life, every possession, has been given to us by God. Every talent, every skill, and every ability we have is a gift to us from God. And it’s always a good thing to present them to God and say, “Lord, you gave these to me, and I give them back to you.”

Are you willing to do that? Abraham was.

World changers say to God, “Not my will, but yours, be done.”

If you want to be a world changer and live by faith, then know that your faith will be tested. We can’t control what will happen in our lives. All we get to do is decide how we will react to whatever comes our way. God is in control. We are not. But we can determine what we will do with what comes our way. World changers turn setbacks into stepping stones.

Now read this: If you struggle with self-control