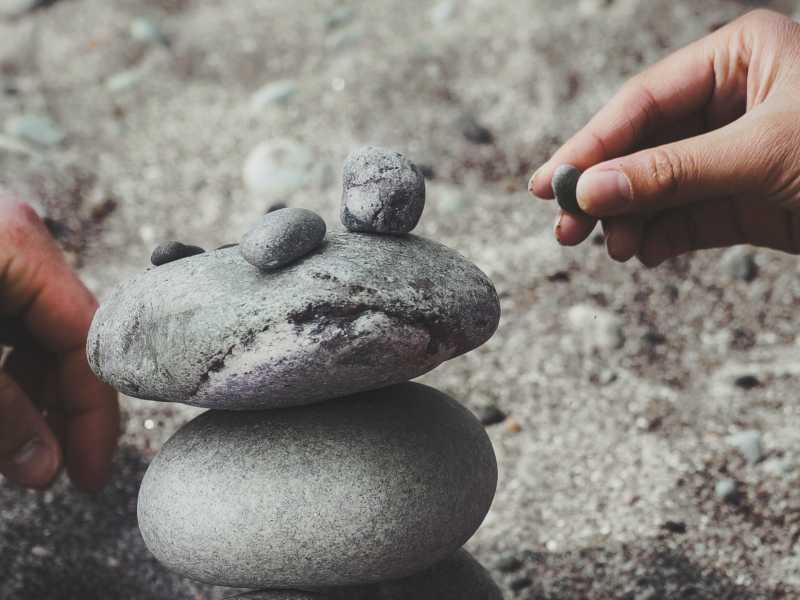 I heard about a monk who joined a monastery and took a vow of silence, with the exception of being allowed to speak two words every year. After the first year passed, he was called into the abbot’s office to speak his two words. The monk said, “Bed’s hard.”

Another year passed, and again he went to speak his two words before the abbot. The monk said, “Food’s cold.”

Another year went by, and he appeared once again before the abbot. “You’re allowed your two words,” the abbot told him. “What are they?”

“It’s no wonder!” the abbot exclaimed. “Since you’ve been here, all you’ve done is complain!”

That is true of some people. All they want to do is complain. My friend James Merritt says there are two kinds of people in this world: those who are born again, and those who are born against. Some people are simply contrary. Nothing pleases them. Nothing meets their standards. They actually like to go and make trouble in the lives of others. As Proverbs 4:16 says, evil people are restless unless they’re making trouble. They can’t even get a good night’s sleep unless they have made life miserable for someone.

Zig Ziglar said, “Don’t be distracted by criticism. Remember, the only taste of success some people have is when they take a bite out of you.”

The Old Testament tells the story of Nehemiah, who was called by God to rebuild the walls of Jerusalem. Two names, however, keep popping up in the narrative: Sanballat and Tobiah. They were the initial opponents of Nehemiah and God’s people, and they went from minor irritation to full-blown rage.

Read this: The secret to living a content life

Nehemiah was the king’s cupbearer, which put him in close proximity to the king. He not only was in a place of influence, but he also was in a place of affluence. He had a significant role and was living in the lap of luxury, literally. Nehemiah was Jewish, and the Jews had been allowed to return from Babylon to their homeland. Many had. They rebuilt the temple, but word came to Nehemiah that the walls of the city were lying in rubble. It was an embarrassment, and Nehemiah was led by God to go and rebuild the walls. When you build, however, you have to battle.

It isn’t fun to be ridiculed, is it? It isn’t enjoyable to be laughed at. For example, look at the way Hollywood loves to portray Christians as fools and buffoons. According to Hollywood, we’re everything that is wrong with this world. That is a form of persecution, and here’s what Jesus had to say about it: “Blessed are you when they revile and persecute you, and say all kinds of evil against you falsely for My sake. Rejoice and be exceedingly glad, for great is your reward in heaven, for so they persecuted the prophets who were before you” (Matthew 5:11–12 NKJV).

Critics run in packs. Critics engage in groupthink. Critical people find each other, and they feed off each other. They are the trash talkers and the wall breakers. But as David Brinkley said, “A successful man is one who can lay a firm foundation with the bricks others have thrown at him.”

In a way, we are all building something. And sometimes there are things in our lives that need to be rebuilt. However, the moment you start building is also the moment you will start battling. And if you’re doing the work of God, then you will face opposition. Don’t allow the loudest voices in your life to be those of your critics. Let the loudest voice in your life be God speaking to you.

When you’re under attack, take it to God in prayer. Nehemiah prayed about the criticism, saying, “Hear us, our God, for we are being mocked. May their scoffing fall back on their own heads, and may they themselves become captives in a foreign land! Do not ignore their guilt. Do not blot out their sins, for they have provoked you to anger here in front of the builders” (Nehemiah 4:5 NLT).

What you do when you’re criticized? What you do when you’re attacked? Take it to the Lord. When the Israelites were grumbling and complaining about Moses, what did he do? He called on God. When King Hezekiah received a threatening letter, what did he do? He brought it before the Lord. When John the Baptist was beheaded, what did his disciples do? They went and told Jesus. So when trouble comes your way, call out to God. “Give all your worries and cares to God,” the Bible says, “for he cares about you” (1 Peter 5:7 NLT).

There are two things you can always pass on to Jesus: criticism and praise. One can deflate you, and the other can inflate you. Both are not helpful to you spiritually.

Now read this: How to avoid self-righteousness