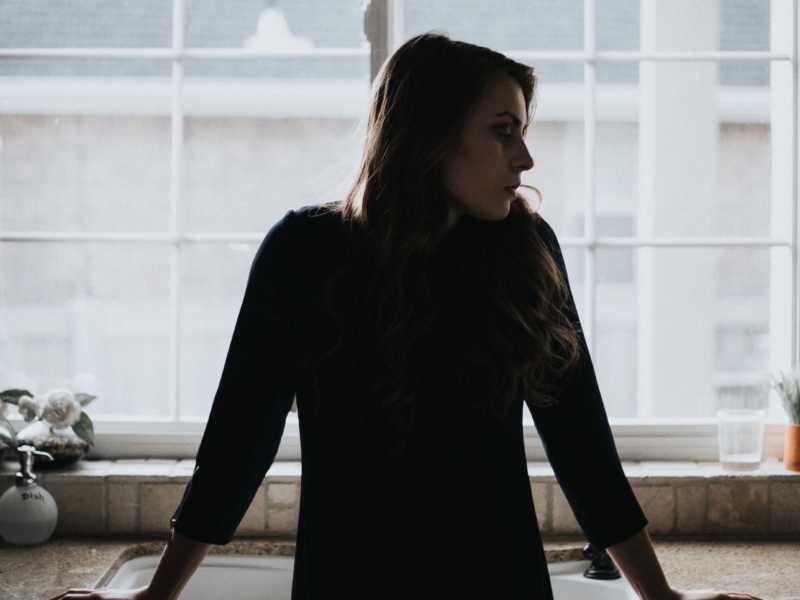 Do you want to build a healthier marriage and a happier home? We have an online video course for you!

There’s something about a routine that brings me comfort. I know what to expect and what each new day will bring.

But, there’s also something about a routine – about the dailiness of life – that can make me feel stuck.

I start to feel trapped in my very own life.

I sure have. I think we all have.

When I was a young mom, I remember one particular night when Clayton was 13 years old and about as emotionally exhausting as a teenager could be. “Why can’t I… ” or “How come everyone else is allowed to… ” and “That isn’t fair!” were the phrases I was constantly combating all day long. And, I mean A-L-L day long!

At the same time, I had three-year-old Connor, who was physically exhausting — busy, active, and loud! One of his favorite things to do was pull all the pots and pans from the cabinet and bang on them with wooden spoons.

So, while Clayton was draining my brain, Connor was wearing me out!

One night, to escape the constant interrogation from budding lawyer Clayton and the banging and clanging of little drummer Connor, I escaped into my closet and shut the door. I tried to ease my tension by doing some Lamaze breathing. You think that is only for the pain of childbirth? Sister, you need that for the pain of child-rearing!

What I really wanted to do was run away from home!

Read this: I wish another mom said this to me years ago

Evidently, though, they discussed this enough to send out a search party. I heard them calling, but I didn’t answer. I heard them opening and closing doors, but I stayed hidden behind mine.

I soon heard them coming down the hall, knocking on my bedroom door, calling, “Mom! Mommy! ”

I must admit I will win no Mom-of-the-Year awards for what I’m about to tell you.

I ignored them. I so wanted to disappear that I didn’t answer them. I thought I’ve had it. They’ll be fine. Clayton can take care of Connor for just a little while. Heck, he can raise him.

Then I heard Connor ask, “Can I have a Capri Sun?”

“Sure! Go get one,” Clayton replied.

Well, that’s all it took.

There was no way my three-year-old was going to open one of those exploding juice grenades all by himself. I bolted out of the closet and into the kitchen.

Now, wouldn’t you think that someone at that point would have asked, “Where were you?”

Nope! Connor just asked for some cookies, and Clayton launched into a closing argument about why he was innocent of the juice that was splattered all over the kitchen!

I know I’m not alone here. Every woman has had those moments when she gets familiarity fatigue. You would think the familiar would be a reassuring place, but sometimes we can feel stuck in the familiar.

It just doesn’t seem right that something as amazing as motherhood could ever get old. But, when the dailiness of motherhood – the serving, the disciplining, the running around – becomes so familiar to us, we can lose sight of those moments of joy and purpose.

And, it’s the same thing with the reality that we are God’s beloved.

We are loved by our God, sister. He sees us; He sees you. Something as astounding as our own chosenness should never tarnish, should it? But, it can when we allow it to become too familiar.

“Nothing should cease to be to us wonderful, or sublime because it is familiar. The rising of the sun should be as great a miracle to us, as the rising of a human being from the dead. Strictly considered, one is as great a miracle as the other. They both illustrate the character and attributes of God, and his unceasing agency is in every phenomenon which takes place in the world. But there is evidently this tendency of the mind to overlook the beautiful, the wonderful, the great when they have once become familiar things.” — Christopher P. Cranch, The Western Messenger

When something becomes familiar, it can be overlooked. We can start to feel stuck, when actually, the truth that we hold sets us free!

Sister, let me leave you with this question. What truth about you is so familiar that you are prone to overlook it? Carefully consider this question, and join me in this prayer:

Lord, interrupt my routine today. I can get so distracted and can lose sight of how radical your love is for me. Remind me of your truths and keep them fresh on my heart.

Do you want help raising your children? Check out our online video course taught by Kirk and Chelsea Cameron!