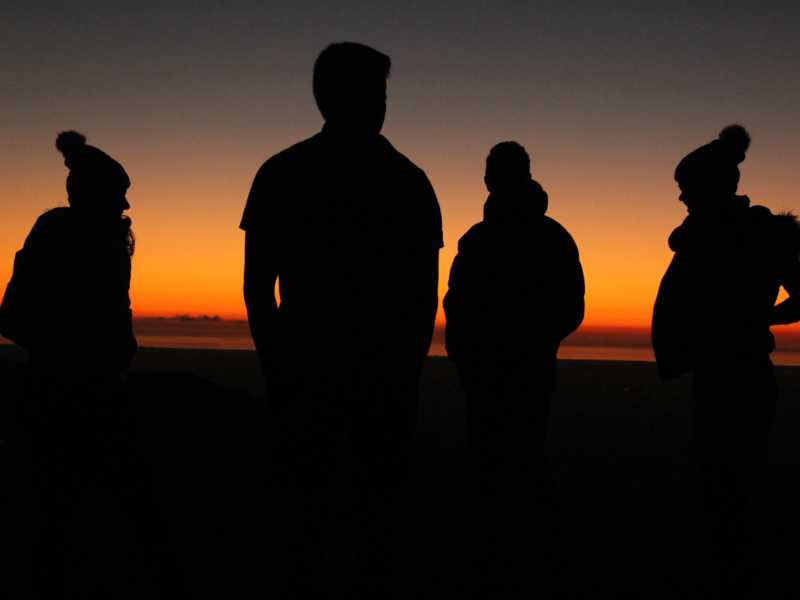 Therefore, if anyone is in Christ, he is a new creation. The old has passed away; behold, the new has come. (2 Corinthians 5:17, ESV)

Paul said a lot of great things in Scripture about the nature of our identity in Christ. This verse, however, is one of the best. “If anyone is in Christ” (which includes—who?—“anyone” who has turned from their sin and embraced Him by faith), “he is a new creation. The old has passed away; behold, the new has come.”

The past? Gone! He has removed your sins “as far as the east is from the west” (Psalm 103:12). He’s cast every bit of it “into the depths of the sea” (Micah 7:19). Even better, since nothing can ever truly be out of God’s reach, He’s made us this promise: “I will remember their sins no more” (Hebrews 8:12). Consider it a once-for-all completed action—with ongoing results. The “old” is behind you now; the “new has come.” And keeps coming.

But here’s the thing: If this is what God does for “anyone” who is in Christ, it not only makes Him bigger than your past but also bigger than everyone else’s past. Living out the truth of 2 Corinthians 5:17 means pairing it with a new mindset toward others that allows them to experience the same implications you enjoy.

Even if you don’t exactly share God’s opinion of them.

Think back to Ananias in Acts 9, when the Lord told him to go minister to a man from Tarsus named Saul, whose “old” reputation included being a persecutor and killer of Christians. Ananias responded to God’s directive with reasonable skepticism. Based on what he’d “heard from many about this man, how much evil he has done to your saints at Jerusalem” (Acts 9:13), he already had Saul locked and labeled. “And here he has authority from the chief priests to bind all who call on your name” (Acts 9:14). How different, how new, could this guy really be?

Read this: When your family and friends fail you

But Jesus had intercepted Saul on the road to Damascus and bathed his future in a whole “new” light. He’d been gloriously converted, completely changed. Where he once “regarded Christ according to the flesh” (2 Corinthians 5:16), he now saw Him as Savior and Lord, and saw himself as a sinful person in need of God’s forgiveness.

God had done God’s part. Saul had received Saul’s part. But Ananias wasn’t sure he wanted any part of it, based on what he knew about Saul’s past.

How often have you thought something similar in regard to someone in your own life? You’ve been around them. You know who they are. You know what they’ve done. You know how they’ve acted. And as far as you’re concerned, that’s your final and lasting impression of them. It’s who they’ll always be. So while you may dare to apply the “new creation” label to yourself, knowing it’s what you hope and expect to see continually developing in your life by faith, perhaps you fail to stay reminded that the people you struggle to love the most have equal access to the new economy of 2 Corinthians 5:17.

Know this: God is not in the playing-favorites business. He is, however, in the changing-people business—changing you, changing me, changing “anyone” He’s made new in Christ.

Do you want to know if God can change your spouse? Check out Kirk and Chelsea Cameron’s NEW online marriage course: FIGHTING FAIR.