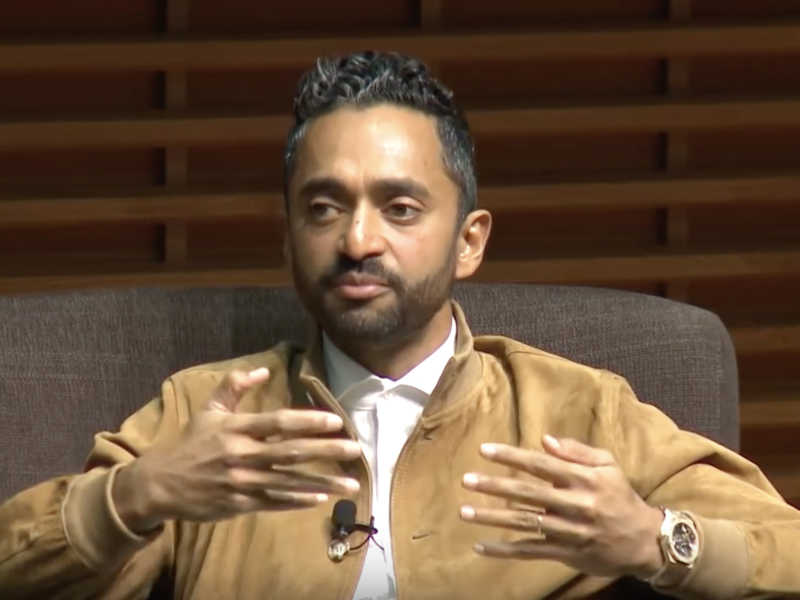 A former Facebook exec who helped build the popular social media network into the giant it is today is coming out and offering contrition for his work there, as well as making a major admission about social media in general: It’s tearing us apart.

“I think we have created tools that are ripping apart the social fabric of how society works,” Chamath Palihapitiya, who was once Facebook’s vice president for user growth, told an audience at Stanford. He also admitted that he and his fellow executives knew in the back of their minds the could be creating a problem. But he didn’t stop there.

“No civil discourse, no cooperation; misinformation, mistruth. And it’s not an American problem — this is not about Russians ads. This is a global problem.”

Read: Parents, you need to know what the ‘blue whale challenge’ is right now

He recommended people take a “hard break” from social media, and said he doesn’t let his children use Facebook.

As The Verge reports, he’s not the only one speaking out:

Palihapitiya’s remarks follow similar statements of contrition from others who helped build Facebook into the powerful corporation it is today. In November, early investor Sean Parker said he has become a “conscientious objector” to social media, and that Facebook and others had succeeded by “exploiting a vulnerability in human psychology.” A former product manager at the company, Antonio Garcia-Martinez, has said Facebook lies about its ability to influence individuals based on the data it collects on them, and wrote a book, Chaos Monkeys, about his work at the firm.

These former employees have all spoken out at a time when worry about Facebook’s power is reaching fever pitch. In the past year, concerns about the company’s role in the US election and its capacity to amplify fake news have grown, while other reports have focused on how the social media site has been implicated in atrocities like the “ethnic cleansing” of Myanmar’s Rohingya ethnic group.

While Palihapitiya’s words are good reminders, it’s also important to keep in mind that social media is, in fact, a tool: it’s only as good or bad as the people who use it. We need to continue to act like people who have been changed from the inside on platforms such as Facebook and Twitter. And we have to teach our children to do the same, while also putting reasonable safeguards in place to protect them.

To that end, stay tuned. Kirk and the team have something exciting coming out in 2018 to help with just that.

Now read: Your teens and social media: Why the problem is more than just a phone