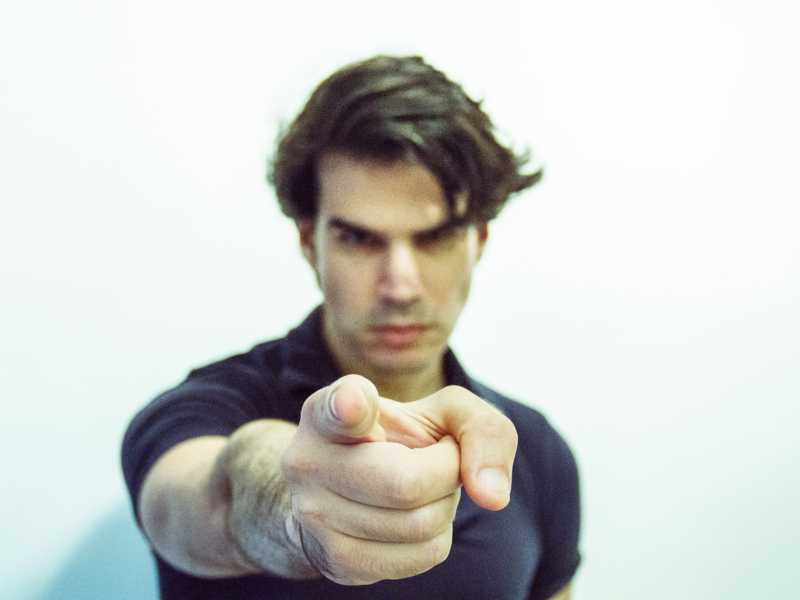 Have you ever been hurt by the words of others? Can you think back on a time where someone made a comment to you that you still think about from time to time all these years later?

What if you were the giver of those words? What if when someone answered the questions above you were the one they thought of?

Recently, I shared how I had to deal with the spirit of criticism. I explained what it looked like and the damage it had done to my self-esteem. I also described the process I had to go through to heal and find my identity in Christ and not the words of others.

But what happens when you’re the critical person?

A critical spirit is meant to destroy. Words have the power to crush, condemn, and tear down someone (Proverbs 15:4). It’s possible you could be a person with a critical spirit and not even realize it. I know this because at one time that was me.

As a teen, I was very critical. I would speak poorly of others that I was often envious of. I was quick to see the negative and point it out. I wanted others to see how “bad” someone else was in hopes they would like me more.

After meeting Jesus, He changed this part of my heart. Over the years I started to see the good first and called out the positive in others or situations.

Read this: The day I found meaning in life

One day my brother came home and told me he had started dating a girl I may know and that he was going to bring her over sometime to meet our parents and myself. A few days later he brought his new girlfriend over and I said hi and offered some cookies that I had just baked. She was super shy and I thought nothing of it. Later on that evening, my brother returned from taking his girlfriend home and he shared something with me that I’ve never forgotten.

He said when he went to pick up his girlfriend to bring her over, he shared with her who I was and that I was his sister. She immediately responded by saying, “Heather is your sister?!” My brother said yeah and asked why she seemed upset by that. She told him that I use to be so mean to her that she was afraid of me. My brother, confused, responded by saying, “What? My sister? She’s the nicest person I know?” My brother said that’s why she was so shy when she came over because she was nervous to be around me.

I stood there stunned not knowing what to say. How on earth could someone think that of me? That night I was praying and asking God to show me how this was possible and if I had done something to make her feel that way. God then reminded me of what I was like prior to knowing Him. He reminded me of the harsh words I would share daily and how this girl stood on the sidelines and watched me spew them everywhere I went.

Most of the time, someone who has a critical spirit doesn’t even realize it. They don’t see how their words are being perceived and how they affect those that hear them. There are different types of criticism and if we’re not careful about guarding our heart or mind we could easily possess any of them.

The FOUR types of critical spirits

1. The Gossiper: The gossiper is the one who loves to know the secrets of others so they could be the one to share it. This is done with a sinful motive and without the consent of the person who the information belongs to. The gossiper likes to appear powerful or be a source of all knowledge to make themselves feel important. They will often put themselves in conversations to purposely gain information while simultaneously thinking about who they could share it with.

Proverbs 11:13 says, “He who goes about as a talebearer reveals secrets, but he who is trustworthy conceals a matter.”

2. The Judge: The judge has a harsh critical point of view. They often can’t see the viewpoints of others because theirs is clearly the right one in their eyes. They tend to see the mistakes of others and exaggerate them while excusing their own shortcomings. They will often embellish their knowledge in subjects as a way to defend their point of view or level of intelligence.

James 2:13 says, “For judgment will be merciless to one who has shown no mercy; mercy triumphs over judgment.”

3. The Slanderer: The slanderer is someone who makes false statements for the purpose of damaging another person’s reputation. This person will often make statements against those they are jealous or envious of. They will try to get the attention off of their errors by making false claims about others.

Proverbs 10:18 says, “He who conceals hatred has lying lips, and he who spreads slander is a fool.”

4. The Complainer: The complainer is someone who’s always negative about the lives of others and their outlook on life. Everyday tasks that others don’t think twice about are something a complainer will focus on. When asked if they’re excited or hopeful they will find something negative to focus on instead. They often express their discontentment and lack a heart of gratitude towards blessings.

James 5:9 says, “Do not complain, brethren, against one another, so that you yourselves may not be judged; behold, the Judge is standing right at the door.”

It may be hard reading that list when you find yourself relating to some of those characteristics. It may even be an eye-opener. My heart in sharing this as someone who was the one delivering words of criticism and also on the receiving end of them- I had no clue how harmful the words really were until the damage was already done.

I spent years allowing Christ to transform my heart to be more like Him and years healing from the hurtful words of others. Next week we will talk about the motives behind a critical spirit and how to overcome it.

If God could take me- a negative, critical word spewing mess and transform me. He can for you too.

Do you want to grow spiritually and become a better spouse, parent, or friend? Get weekly encouragement in your inbox from Kirk Cameron’s new community, The Campfire. Sign up here.

This post originally appeared on HeatherMargiotta.com and was republished with permission.