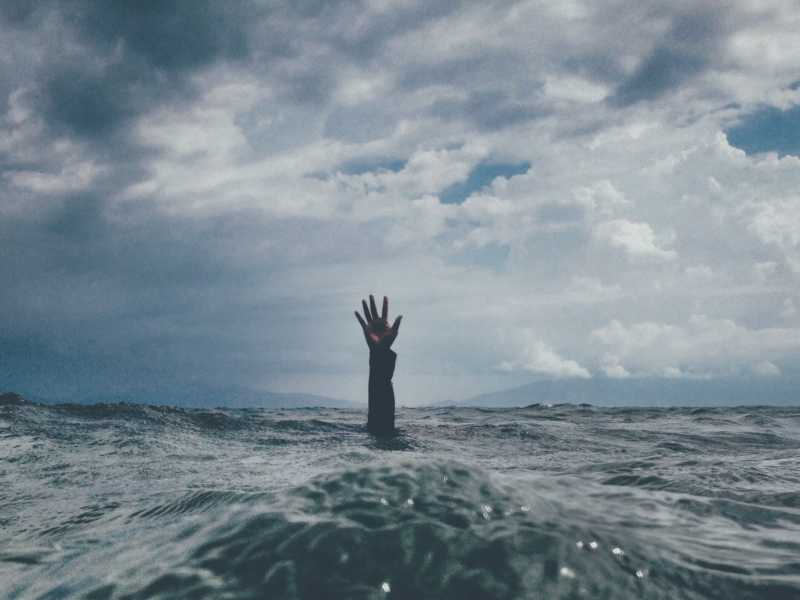 Some men came and told Jehoshaphat, “A great multitude is coming against you from Edom, from beyond the sea; and, behold, they are in Hazazon-tamar (that is, Engedi). Then Jehoshaphat was afraid and set his face to seek the LORD (2 Chronicles 20:2–3a, ESV).

King Jehoshaphat was in crisis. Not the kind of vague, ambiguous crisis that may or may not yet develop into a problem. This was the kind of crisis, like some we all face eventually, where you can tell in an instant, “Everything is about to change.” You can hardly see the future because of it. You can hardly see tomorrow for it. An enemy who significantly outnumbered the king’s forces was approaching from right over the hill, and “Jehoshaphat was afraid,” like any of us would be.

But when you are afraid, what you do next is everything. It’s one of the most important things about you. And when Jehoshaphat was afraid, the Bible says he “set his face to seek the LORD.”

What does that mean exactly? How does a person “set his face to seek the LORD”?

Four answers are found in 2 Chronicles 20:

1) Fast. Jehoshaphat “proclaimed a fast throughout all Judah” (verse 3). Fasting is the denial of the body’s demands for a season to heighten the demands of the spirit. We are people of many hungers, the longing for God being only one. Desires, however, are a finite commodity. They can’t all be satisfied at once. But by deliberately turning down the satisfaction on some of them, you can turn up your passion for God. When you need to get to God in a hurry, when you need an answer that is obviously from Him, start with fasting.

2) Pray. Jehoshaphat’s prayer, which runs for seven verses (6–12), gives many characteristics of what prayer in crisis needs to be. The words of his prayer right-sized the power of God, anchoring his faith in the invincible might of the Lord. He remembered God’s provision in the past. He recited God’s promises made in His Word. He reviewed his own powerlessness in trying to rescue himself. And he riveted his eyes and the eyes of the people on God. “We do not know what to do, but our eyes are on you” (verse 12). That’s breakthrough prayer in a crisis.

3) Stand. They didn’t run. They didn’t hide. They didn’t quit. They didn’t cower. They stood.“Jehoshaphat stood in the assembly” (verse 5). “All Judah stood before the LORD, with their little ones, their wives, and their children” (verse 13). When you’re in a spot where all you can do is fast and pray your way out of it, be ready to take your stand when the praying is finished. “No! This marriage is not over!” “No! I’m not losing my kids to the world!” As long as you have breath, you’re not backing down. You’re standing. No retreat.

4) Believe. They “stood up to praise the LORD” for the rest of the day (verse 19). And the next morning, “Jehoshaphat stood and said, ‘Hear me, Judah and inhabitants of Jerusalem! Believe in the LORD your God, and you will be established’” (verse 20). As one of their prophets had said while they fasted, prayed, and worshiped, “Do not be afraid and do not be dismayed at this great horde, for the battle is not yours but God’s” (verse 15). Believe, and watch Him deliver you.

Four things to do in a crisis, before you do anything else: fast, pray, stand, and believe. That’s how you set your face to seek the Lord.