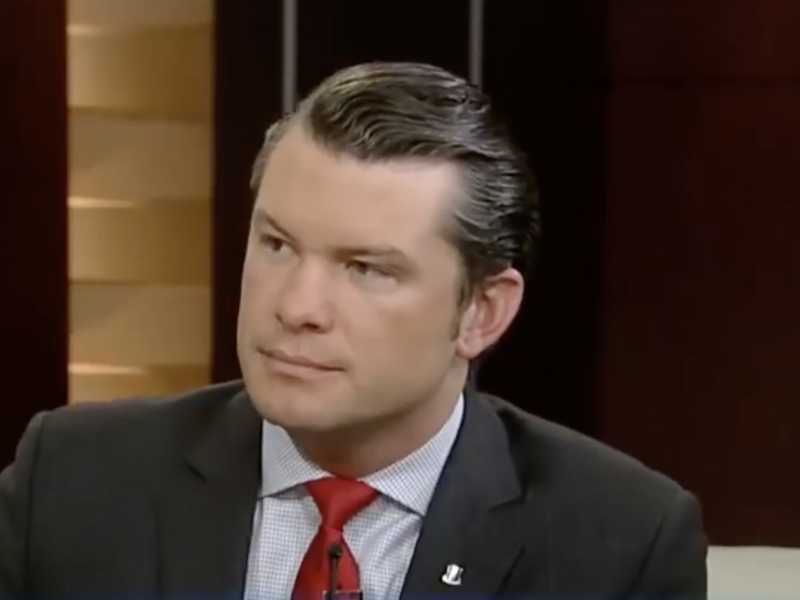 Fox News contributor Pete Hegseth, a co-host on the weekend “Fox & Friends” broadcast, recently phoned into Faithwire to talk about his Christian faith and a recent trip to Israel, where he shot a new special for the network’s streaming platform Fox Nation.

Hegseth said he was inspired to make the documentary — “Battle in the Holy City” — because he felt “something abiding in me that I felt like there was a story to tell here, more than just the headlines.”

Exclusive access. Never-before-seen footage. The ground Truth. And why it matters, so much. Really excited about this project!

During his visit to the Holy Land, Hegseth learned quite a bit about “Temple denial,” a political phenomenon that began in the 1990s but has gained renewed interested in recent years.

Jewish writer David Hazony once described “Temple denial” as “a campaign of intellectual erasure [by Palestinians] … aimed at undermining the Jewish claim to any part of the land.”

Hegseth recounted a conversation he had with Muhammad Ahmed Hussein, the head imam of the Al-Aqsa mosque, located on the Temple Mount, in which the religious leader argued Solomon, King David, and Jesus were never in that location. There was “no temple,” the imam claimed.

“If you’re trying to deny and erase the Jews were ever there, it’s an attempt to say, ‘You have no right to this land. This is our land, and any future will only be an Islamic future,’” the Fox News host said. “We had multiple guests say this only ends when Muslims control all of Jerusalem.”

What does this mean for the Christian?

Though it has geographical ramifications, this battle is ultimately theological.

To erase Jewish heritage is to erase “the heritage of Christianity,” Hegseth explained, his voice filled with a palpable passion. “We stand on the shoulders of Judaism as Christians.”

“To deny that narrative and that heritage [has] totally undermined the thing that we value most here in America and elsewhere, which is our heritage as a free people who also believe in values,” he said. “That’s why I think Israel and America are inextricably linked.”

For Hegseth, as a Christian, traveling to Israel and seeing the spaces where Jesus and the Old Testament figures before him walked was an invaluable experience, one that only bolstered his own faith in Christian heritage.

During his tour of the Church of the Holy Sepulchre, the Fox News commentator got an exclusive look in the site’s back rooms, where relics not accessible to the public are held.
One of those items was a small cross embedded inside a larger cross. At first glance, it might seem inconsequential. But the religious leaders there claim it is a remnant of the cross on which Jesus was crucified.“
To see that is to be totally connected to what we believe in, to the sacrifice that Jesus made on the cross for all mankind,” Hegseth said. “And to see that was very emotional.”
Believers must be bold
In an era where people are becoming increasingly hostile toward Christianity and movements like “Temple denial” are on the rise, Hegseth urged believers to be bold about their faith.
He referenced Matthew 10:34, in which Jesus said, “Do not suppose that I have come to bring peace to the earth. I did not come to bring peace, but a sword.”
“That doesn’t make [Jesus] a warrior,” Hegseth claimed, “but it means he understood that you have to fight back, you’ll have divisions and there will be contention.”
He continued: “I think now is the time for Christians to be bold and assert ourselves and tell our story … and do it without apology, without hesitation, knowing that — and this is a phrase of the left — we are on the right side of history.”During the final seconds of our phone call, Hegseth stressed the fact that we won’t win every battle we face, but the ultimate victory — salvation through Jesus — has already been won on our behalf.

“The struggle is a long one. It involves imperfect people,” he said. “But the values we stand for are real, and as long as we’re humble about it, willing to ask for forgiveness, and we stay focused on truth, then I think we will win at the end of the day.”

Join Kirk Cameron in his online faith-based community, The Campfire. Sign up here!