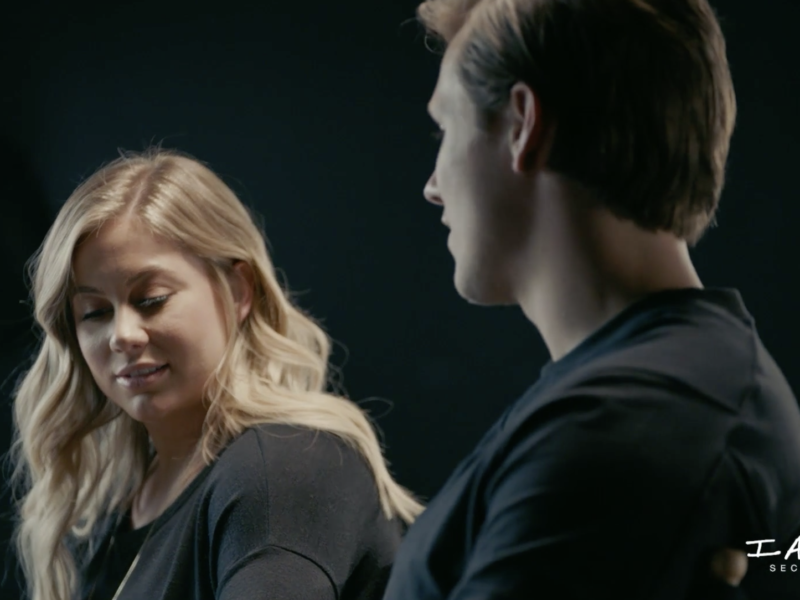 It’s hard to imagine Shawn Johnson East being anything but happy. The pint-sized former Olympian always seems to have a smile on her face. But in 2017 that smile disappeared when the former gymnast and NBC contributor found out she was both pregnant and had miscarried in the span of a day.

Both her and her husband, one-time NFL long snapper Andrew East, were devastated. And while they’ve been open about their pain, now they’re both revisiting it and offering a deeper look into their feelings following the tragedy.

In a new follow-up video for I Am Second, Shawn and Andrew talk about the miscarriage and especially how Shawn viewed herself after.

“I had these guilty feelings of, ‘If I can’t even take care of a child for a week in my stomach, I can’t raise a child on my own.’ I felt guilty to Andrew that I had lost his child, and I felt guilty to God that I had lost his child,” she told I Am Second. “It was just this super emotional time. It was probably the hardest thing I’ve ever had to go through. I’ve never felt such loss like that and I never thought that was possible.”

But despite their pain, they found hope.

“There’s no more encouraging words, there’s nothing that can really help you through a hard time than knowing the scripture,” Andrew said.

“No matter what you go through, you will always come out of hit,” Shawn assured. “And if you believe in Him and have faith in Him you’ll come out stronger than you were before.”

Watch Shawn and Andrew talk about their tragedy but also their hope below:

Presenting Second Edition feat. Shawn Johnson East and Andrew East! Shawn and Andrew sat down with us to talk about their life together since Shawn's original White Chair Film.

You can also watch the videos that the couple created documenting their own story:

If you’ve experienced a miscarriage (or several) what type of advice and hope would you give? Share in the Facebook comments.