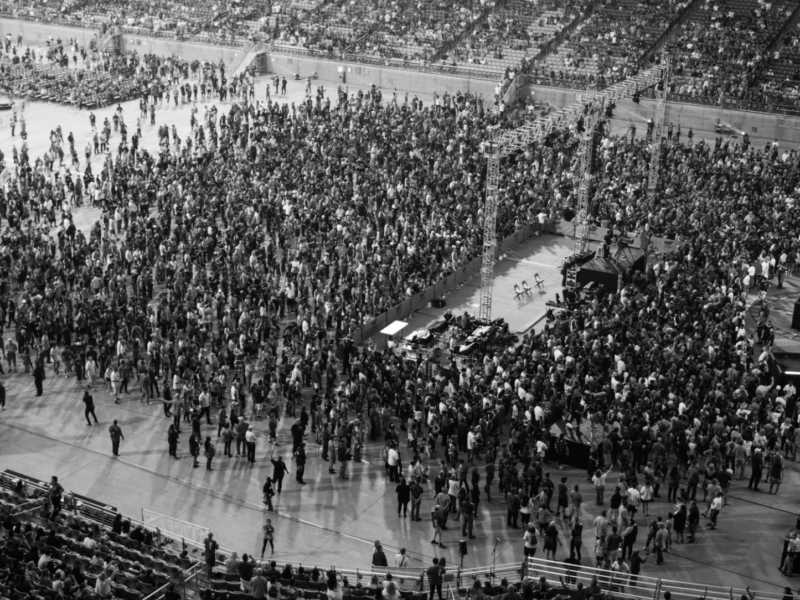 While the Christian church is growing at a rapid rate in parts of the world like China and Africa, that doesn’t mean the gospel isn’t spreading in America. And according to an announcement from the evangelistic rally Harvest America, the church in the U.S. just grew by thousands as a result of a single event on Sunday.

Harvest America held its annual event this year in Phoenix, Arizona, at the massive University of Phoenix stadium. It included guests such as Greg Laurie, Jordin Sparks, MercyMe, and Phil Wickham and featured “clear gospel message” as part of the lineup. A message that seems to have resonated according to the group’s Facebook page: 2,904 people apparently made professions of faith.

Faithwire has more about Sunday’s event:

In addition to the in-person numbers, 42,305 people watched the event online, with 494 of them registering that they, too, accepted Christ. But the impact didn’t stop there.

There were also 3,758 simulcast host sites at churches and other locations across the U.S. and world, where people could watch Harvest America as it unfolded.

“More than 7.7 million people have attended Harvest events in person or online since 1990, with 492,743 of them making professions of faith,” the event’s website says. Last year’s gathering was held at AT&T Stadium in Arlington, Texas.

Now read: Listen to what guests chant after Trump crashes a wedding