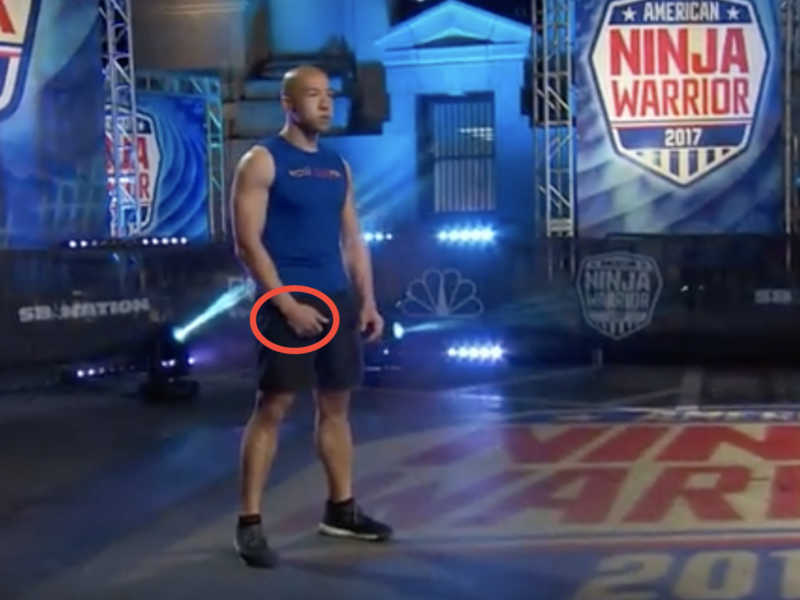 At first glance, 41-year-old Jimmy Choi may look like just another contestant on the hit show “American Ninja Warrior.” But within two seconds of watching him compete it becomes clear that Choi is so much more. And he is more brave than his counterparts.

That’s because Choi has Parkinson’s. In the video of him competing on the show, you can see his hand shaking uncontrollably, an unfortunate trademark of the disease. Combine that with the grueling requirements needed to complete the show’s obstacle course and you could have a recipe for disaster. But instead, Choi’s performance turned into an inspiring display.

Choi was diagnosed at the age of 27 and had to battle through “a lot of anger and depression.” He was unable to do simple tasks like tie his shoe. But then something changed. Faithwire explains:

Choi’s life changed once again, however, in 2012, when he discovered that exercise helped manage his symptoms. He has since completed 13 marathons, “a bunch of” 100-mile bike rides, and several triathlons, all while raising money for Team Fox, the foundation founded by Michael J. Fox to fund Parkinson’s research. Choi said he has raised more than $100,000 to date, and he was competing on American Ninja Warrior as a member of the organization.

“My goal is to show everybody out there, no matter what they’re faced with, the hardest step is that first step,” the Illinois native said. “Once you take that first step, the rest of it comes easily.”

Watch his performance below:

Although Choi didn’t complete the course, his courage is an example for us all.