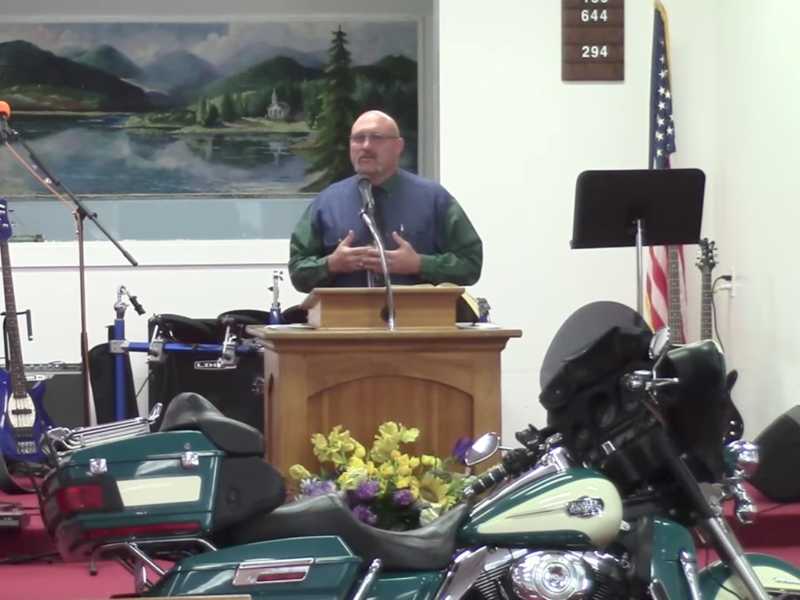 Just one week before a horrific mass shooting devastated First Baptist Church in Sutherland Springs, Texas, Pastor Frank Pomeroy had a stirring message for his congregation.

Pomeroy, who was not at the church during the shooting on Sunday, certainly had no idea just how pertinent his message — titled, “You Don’t Need Training Wheels, You Need Christ!” and based on Proverbs 3 — would be when he delivered it on Oct. 29, just days before the mass shooting.

Citing Proverbs 3:5, which reads, “Trust in the Lord with all your heart, and lean not on your own understanding,” Pomeroy encouraged his congregation to focus on God while navigating life’s storms.

Pomeroy, who used the analogy of how he trusts centrifugal forces when he makes turns on his motorcycle, attempted to encourage people to also trust the force of God even in the wake of storms.

“Equilibrium in life … is not the goal … when the bends and the turns come, remember: God said, ‘I have prepared a place for you made with hands not of this world, so that where I go you may be also,’” he said. “My goal is trusting in Jesus and getting to the heavenly home one day.”

The overarching focus of the sermon was on the need to rely on and trust in God, even when life isn’t making sense, with Pomeroy warning that leaning on one’s own understanding can spark a plethora of problems.

Read this: How to respond to a broken world

“This message that God laid on my heart this morning, I want to focus on the ‘do not’ aspect of it,” he continued. “Do not lean on your own understanding. Even if it doesn’t make sense to you.”

Pomeroy continued, “See, God’s understanding is far greater and there may be things that are taking place that you don’t understand, but you still need to do what God’s calling you to do.”

Watch the sermon at the 28:00-minute mark below:

In addition to the stirring fact that Pomeroy’s pertinent message came just days before the shooting, there’s another element of it that makes it notable: his focus on his daughter, Annabelle Renee Pomeroy.

Annabelle, 14, is among the 26 who were killed inside the church on Sunday. Throughout Pomeroy’s sermon, he spoke of his teenage daughter and how he enjoyed riding with her on his motorcycle.

“I’ve noticed … when she’s riding with me … she still tends at times to get a little nervous when we’re going around bends,” he said. “The message came to me when [Annabelle] and I went on one of our rides and I felt her back there … she kind of cringed up back there and I thought how incredibly normal that is.”

Pomeroy likened caution during motorcycle turns to the hesitation many humans have when it comes to difficult roads in life. But just as he trusts centrifugal forces on the road, he again encouraged people to trust in God.

“Life is a lot like that curve on that motorcycle. The way we live our life is just a lot like how you take a curve … if we look too close at the road that’s whizzing by us right now, if we pay too much attention on what the situation is around us right now, we tend to lose our bearings,” he said. “We tend to start making decisions based on our emotions. We tend to start making choices based on the momentary rather than the goal that’s laid our before us and we start getting a sense of vertigo and everything’s spinning around us.”

In the end, Pomeroy said it is essential to lean on God while keeping focus on the end goal ahead in life.

“When we trust Christ, there’s going to be things in your life that happen that you don’t understand,” he added. “We serve a God who’s in the miracle working business, guys. He can heal … trust him and not your own understanding.”

Now read this: A prayer for troubled times