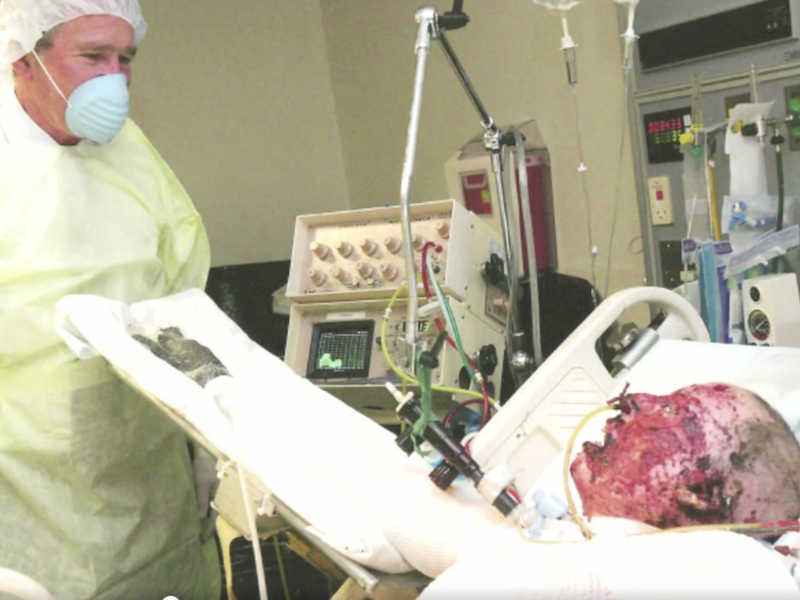 Wednesday, ESPN and ABC had audiences in tears during a segment where they chose to honor an American hero during the 25th annual ESPY awards. The award was the Pat Tillman Award for Courage and its recipient, Master Sergeant Israel Del Toro, has an incredible story.

Del Toro was a special ops paratrooper with the Air Force in Afghanistan. While there, his Hummer encountered an IED.

“I felt this intense heat blast on my left side, and I I’m thinking, ‘Holy crap, we just got hit,'” he said in an inspiring video of his story that aired on ABC during the awards ceremony. “When I got out of the truck, I’m fried head to toe.”

That was in December. He didn’t wake up until March.

Del Toro had third-degree burns over 80 percent of his body and his chances of survival didn’t look good. In fact, doctors only gave him a 15 percent chance to live.

“I wanted to show the Air Force I still had value.”

He did in 2010, becoming the first-ever 100 percent disabled airman to re-enlist.

And like a true hero, he doesn’t understand what all the hype is about.

“The fact that people can see me as an inspiration, is very dumbfounding for me. Because I see myself as a regular ol’ guy,” he said.

Watch his touching and inspiring story below:

You can watch the audience give Del Toro a standing ovation and his acceptance speech, too: