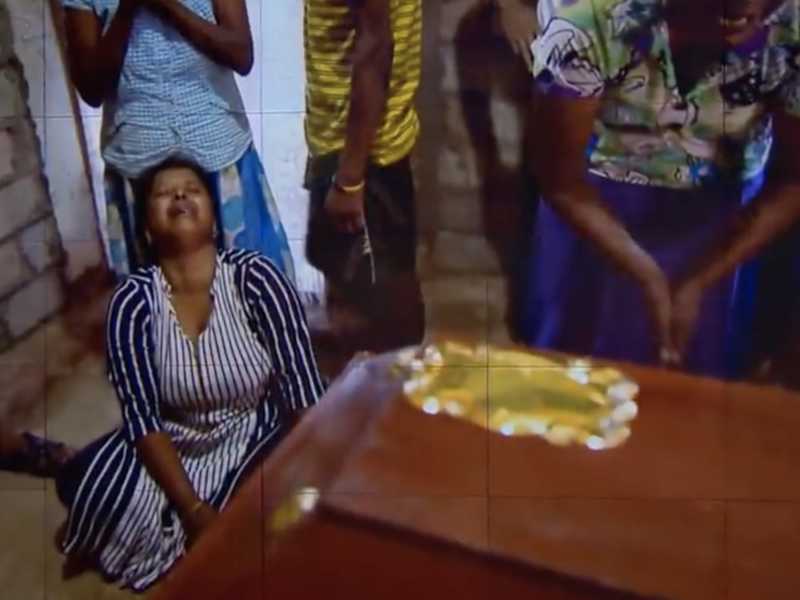 With the nation of Sri Lanka still reeling from the devastating bombings that ripped through a trio of churches over Easter weekend, some staggering stories of heroism are beginning to emerge.

One such incident occurred moments before a huge blast at Zion church in Batticaloa, when a brave and quick-thinking church member saved innumerable lives — his name was Ramesh Raju.

On the fateful day of the bombings, Ramesh’s wife Chrishanthini was teaching Sunday school class, which was held just before the main Easter service.

Once the class had finished up, and in anticipation of the church-wide celebration, the children headed outside to the courtyard for snacks.

It was at this point Ramesh, a 40-year-old building contractor, spotted a man he didn’t recognize. Though puzzled by the stranger’s presence, there was something else that immediately set off alarm bells in Ramesh’s mind — the man’s burgeoning backpack, which appeared to be weighing him down as he sauntered through the courtyard towards the church doors.

Without delay, Raju rushed towards the man, demanding to know what he was doing there and why he was carrying such a large bag. Flustered, the man told him the backpack contained a video camera and that he had come to film worshippers inside.

Don’t miss out on this online community of believers with Kirk Cameron. Sign up for The Campfire today.

Still not satisfied, Ramesh continued to quiz the unwelcome visitor before ordering him to leave.

“My husband sensed something was wrong, and informed him he’d need to get permission first,” Chrishanthini told the BBC.

“He then forced him to leave.”

His name is Ramesh Raju . He was Praying at Srilanka Batticaloa Church when ISIS Suicide bomber tried to enter the church. He prevented the Bomber and saved many many lives and died in the process. He was just 40!

Assured that Ramesh was taking care of the situation, Chrishanthini ushered the children into the main church, which was packed to rafters with some 450 worshipers. Moments later, the ground was shaken with an enormous explosion.

Realizing that his cowardly plan had been thwarted, the bomber detonated his explosive device outside the church gates — Ramesh was killed instantly.

‘I love my Jesus’

Raju, who was buried on Monday, will never know how many lives he saved during those final moments, but the families of the survivors will forever look upon his heroics with an eternal debt of gratitude.

Though this is some comfort to Chrishanthini in her time of mourning, she said that her faith is the only thing that has the power to sustain her during these excruciating days.

Some 29 members were killed during the attack at Zion Church. Among the dead was the 11-year-old son of the church’s senior leader, Pastor Thirukkumaran

“I agonize over the loss of my young son who never even had the chance to experience much life in this world,” Thirukkumaran’s wife told the British Pakistani Christian Association’s Anton Kyanq.

“These killers have shaken our peace and left our family and many others in great distress, though we did nothing to harm them,” she said, adding that she “saw many children die.”

Thirukkumaran added: “I thank God that I will see my son again one day because of the promise of heaven and pray that no-one else ever has to suffer the deep loss I have had to endure.”

Don’t miss out on this online community of believers with Kirk Cameron. Sign up for The Campfire today.