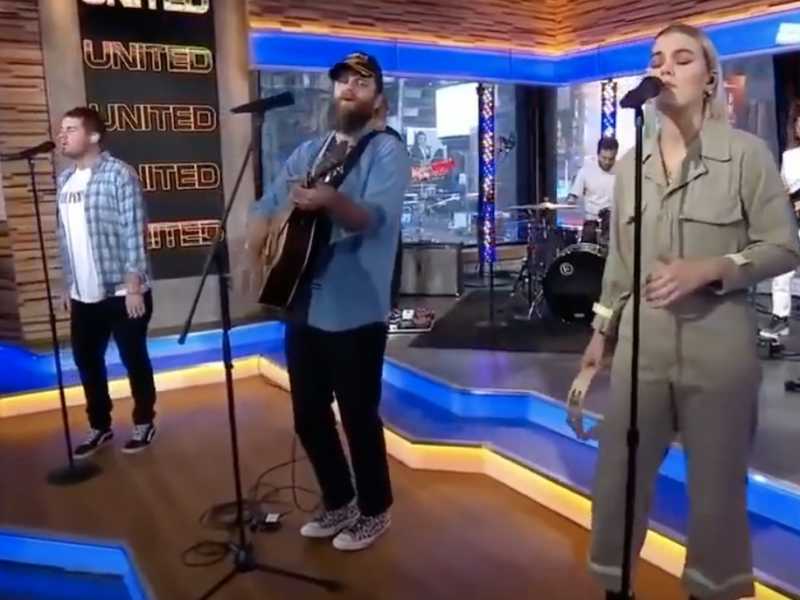 “You’re excited about this one,” said ABC News’ Cecelia Vega, gesturing to Farris. “We’re here with one of the biggest Christian bands in the world, Hillsong United, an estimated 50 million people sing their songs in church every Sunday.”

Farris said, “I do every Sunday. They’re one of my favorite groups.”

The lyrics to the song say:

So, don’t let your heart be troubled
Hold your head up high
Don’t fear no evil
Fix your eyes on this one truth
God is madly in love with you
So, take courage
Hold on
Be strong
Remember where our help comes from

Excited fans congratulated the group for their GMA appearance.

“We watch GMA every morning while getting ready for work/school,” Edith Renteria posted on Instagram. “I was in the kitchen getting breakfast ready when my hubby yells out, ‘Babe!!! Hillsong is on GMA!’ What an awesome gift to have 2 of our favorite things in the same time!”

Jared Baer took to Facebook saying, “Thank you for using the influence God has gifted you with so wisely! You’re reaching hundreds of thousands with the Gospel!  Love it!”

As the new album is released, Hillsong will take their music on the road, kicking off their United: The People Tour on April 25.  The group will make 33 stops in the US and two stops in Canada. Stops in the US include Georgia, Florida, and Washington, DC.