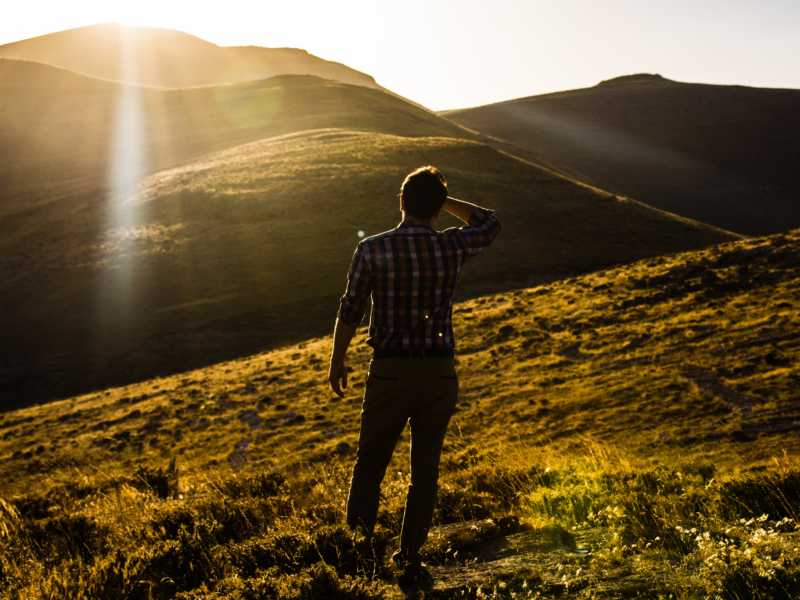 What do you think of when you come across the word “disciple”? Perhaps you think of one or more of the twelve. Or maybe you think of the inner circle of three, Peter, James and John. Do you think of yourself as a disciple? If you profess Jesus as your Savior, chances are you do. But how can you know for sure if you are a disciple of Jesus?

Peter, one of Jesus’ disciples, was an interesting and intriguing guy. His wavering faith was exemplified when he took his eyes off of Jesus and began to sink. He later denied Christ three times in the same morning and later cut off a soldier’s ear with his sword. Peter was feisty. I imagine Peter, with his big personality, making a grand entrance to any room without even trying.

What we can learn from Peter, throughout his life with Jesus, is he lived with a big, bold and most importantly, an authentic heart. Peter longed to live for Jesus and although he messed up at times. Peter was who Peter was. He was not a mask-wearer. He lived big and when he messed up, he wept big. Luke 22:62 Peter shows us that we can be a disciple and still be ourselves.

Watch this: What does it actually mean to be a Christian

Fast forward a bit in the Bible to Acts 3. The scene depicts a man, lame from birth, being brought to sit at the temple gate called Beautiful just as Peter and John are walking in to pray. Peter asked for the lame man’s attention. The lame man expectantly looked up but it he would never have expected what was coming. Peter explained to the lame man that he had no money to offer but he could offer Jesus. Jesus was enough. At this stage of his journey with Jesus, Peter has found firm footing to his faith and reached out to the lame man and tells him to get up and walk.

The man who had been lame from birth got up. His bones were strengthened and he went with them into the temple courts, walking and leaping and praising God. (If you grew up in the church, you’re most likely humming the tune.) The scripture says the crowds were astonished. Peter had garnered their full attention and did the first thing that came to mind, the first thing that came naturally to him; he preached the Gospel.

We’ve long established that perfection isn’t a part of this world we live in, right? Peter made some pretty big messes in his faith journey. And may I point out, he walked beside Jesus in the flesh. If he struggled then surely, we will too. But Peter had followed Jesus long enough by now, however, to know what he did for the lame man was not from anything in his own strength. What Peter offered the lame man was from Jesus, and Peter was intent on casting the net to others. (John 21)

“Repent, then, and turn to God, so that your sins may be wiped out, that times of refreshing may come from the Lord, and that he may send the Messiah, who has been appointed for you—even Jesus.”

As a list-loving person, I can appreciate Pastor Free’s clear-cut and scripturally-based guideline. This list can serve as a litmus test, of sorts, to accurately assess our discipleship status. It can also be a valuable checkup tool to regularly revisit in case we lose our footing or find ourselves wearing that mask again.

Are you a disciple of Jesus?

Now read this: Keeping your faith strong when you feel like giving up

The concept of this article was inspired by a message by John Free at Currey Creek Church and the content is shared with his permission. Listen to the full message here.