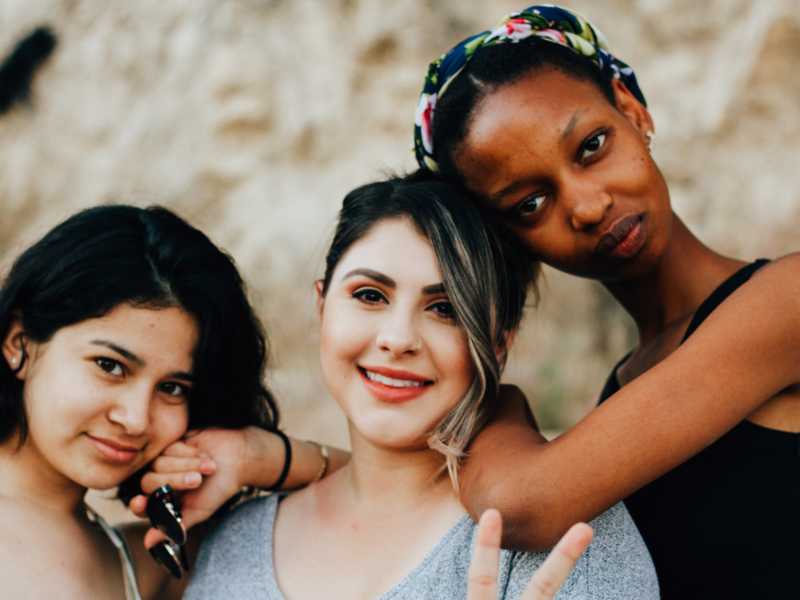 A few summers ago, Trillia Newbell wanted to do something unique with her children. And as an ardent advocate for racial unity, she also wanted it to be something that taught a valuable lesson: Mainly, that everyone is created in the image of God and has intrinsic value. Her plan? Food.

Newbell, who is the director of community outreach for the Ethics and Religious Liberty Commission for the Southern Baptist Convention, created a program called “eating through the cultures” for her family. Together, they researched foods from different countries, cooked those meals together, as well as studied up on their history and listened to their music. Her children, who are now 8 and 11, loved it.

“It’s really practical!” Newbell told TheCourage over the phone with an audible smile. “I didn’t have someone from Ethiopia in my house, but I had wat [a traditional Ethiopian stew], I had the Ethiopian music, and we learned about the history.”

“You have to think outside the box,” she added. Newbell is passionate about racial unity in this country. She’s written several books on it and travels the country talking about how there is hope to achieve it, even amid what seems like a country more divided than ever.

“If there were no hope, I would not speak about this at all,” she said emphatically. “For those of us who are in Christ, there is loads of hope.” Still, she said, you don’t have to be a Christian to love someone of a different color or creed. She called that ability a “common grace” from God.

That said, she is realistic that it takes time.

“There have been years of doing it wrong. We’ve only been a little over 50 years where the laws have been changed. In this country, in particular, we have made hundreds of years of mistakes that we have to work through. We have to give it time.”

So if it’s an important message, how do we teach it to our kids, and at what age?

She gave the example of her own son, who at 2 started realizing that mommy was “brown” and daddy was “peach,” his way of recognizing that his parents were in an interracial marriage.

“If we want to see the next generation not walking in fear on this topic, we need to start teaching them at an early age, the moment they can start to look, and see, and talk. We want to be ahead of the culture on all topics, and we want to do that with this topic as well.”

That happens with “real conversations.” With a 2-year-old it may be as simple as pointing to different people in the mall and saying that God created them. As they get older, you can start bringing culture into your home and teaching them that diversity is a good thing — a thing that we will see in Heaven and that God created.

For those that may not live in naturally diverse communities, Newbell said you can get creative. It could be doing something like her food project, or maybe it looks like taking advantage books, DVDs, or other resources. In fact, she’s created such a resource for parents. It’s a children’s book called, “God’s Very Good Idea: A True Story of God’s Delightfully Different Family.”

“I wrote this book to help parents and children talk about diversity, and that’s about so much more than race,” she says in a video describing the book. “We all want to help our kids to love and embrace people of different ethnicities, cultures, ages, abilities, and disabilities, especially within God’s family, the church.”

More of Newbell’s message will be featured as part of Kirk Cameron’s LIVE theater event on October 24, Revive Us 2. She’ll join Cameron as well as other guests Dr. Ben Carson, Ravi Zacharias, Stephen and Alex Kendrick, and musical guests Christian Cuevas and Zach Williams. Unity, especially racial unity, will be one of the important topics.

Newbell hopes the night is just the start of something bigger.

“I hope that people can have honest conversations and it would be something that people continue in there own communities and churches,” she said.

Get your tickets to see Cameron, Newbell, and others at Reviveus.com.