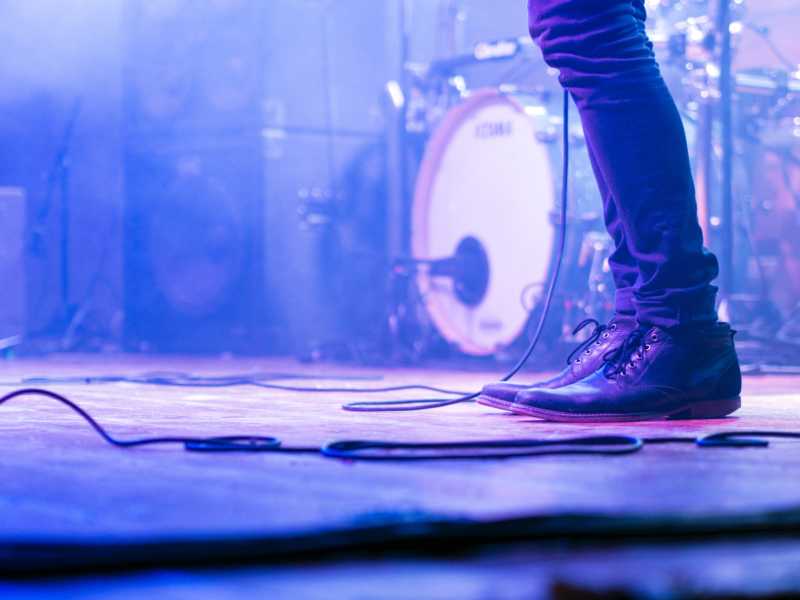 A few years ago, I was a speaker on the Women of Faith tour.

Each event was held in an arena and the stage was always in the round. When it was the other speakers’ turn to share, they would skillfully navigate the stage, walking around the entire perimeter so they could engage the audience.

But, when you can’t see—like me—that’s dangerous, right? (If you’re new here, I should let you know I’m blind.)

I didn’t want to just hover in the middle of the stage, though. I wanted to engage the audience in a similar way. So, my husband, Phil, and the crew got creative.

Here’s what they did.

Right before it was my turn to speak, the crew would quickly lay out four rugs in the shape of a plus sign. At the end of each rug was a sound monitor. So, I’d start in the center of the stage and use the feeling of those rugs under my feet as a guide. And, once I neared the end of a rug, I’d hear my voice in one of the monitors. This would cue me to shimmy back a little bit and walk to my left until I hit the next rug.

I remember one time I was sitting on the front row after speaking. Lucy Swindoll was on stage and I heard her say, “I just admire Jennifer Rothschild’s confidence.”

As she said that, I thought, “Sister, I have no confidence. You don’t understand, I got zilcho confidence.”

Maybe you feel that way today too. Perhaps, like me, you feel a little shaky in the confidence department sometimes. If that’s you, let me tell you what I realized that day Lucy Swindoll called me confident. What she was really commenting on was my courage.

And, friend, no matter what you face, you can choose courage too.

Today I’ll share how four people in the Bible that we consider spiritual rock stars lacked confidence, but acted with courage anyway. Plus, I’ll give you a couple practical ways you can live a courageous life.

4 Spiritual Rock Stars Who Had Courage

You are in good company if you lack a little confidence. You walk in the footsteps of those who shook in their sandals! They may seem like spiritual rock stars, but they were just like you.

2 Ways You Can Step Out in Courage

Do you need biblical encouragement from a strong, faith-based community? Join Kirk Cameron and the rest of the online community at The Campfire.