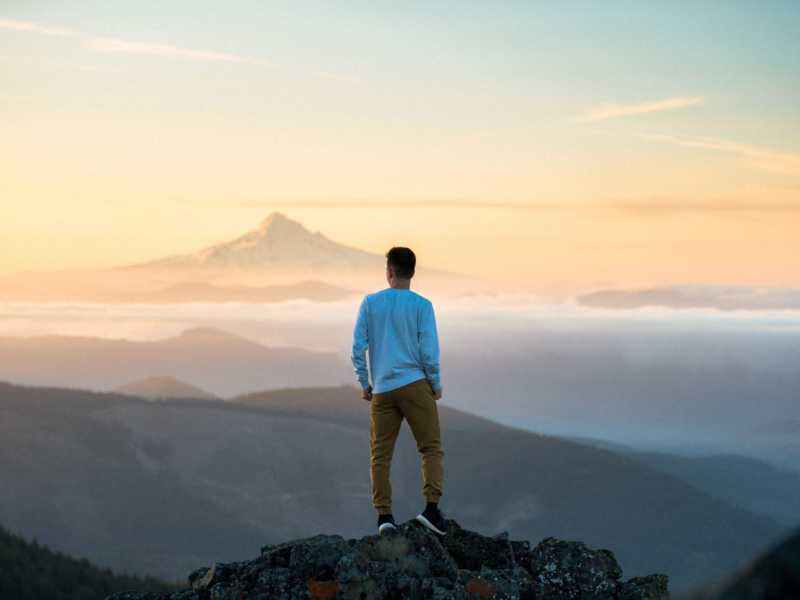 Sometimes people have something bad happen in life and claim they’ve lost their faith because of it.

Good. They need to get rid of that faith, because a faith that cannot be tested is a faith that cannot be trusted. Real faith in a real God will not grow weaker through difficulty. It only will get stronger. That is the kind of faith we all need as Christians, because fiery trials will come our way. Trials produce something that easy times will not, and that is spiritual toughness.

In the case of Shadrach, Meshach and Abednego, their fiery trial wasn’t metaphorical; it was literal. Much earlier in their lives, they had laid a foundation of strength. They had been taken into captivity by the Babylonians, hand-chosen to be in the king’s palace. And if they did a good job, they would get promoted.

One of their first tests was whether or not they would eat at the king’s table. All the awesome food of Babylon was on that table, yet we read that Shadrach, Meshach, Abednego and their friend Daniel wouldn’t eat it. We don’t know why. But whatever the case, they made a principled stand.

They basically said to the guy in charge of the king’s food, “We’re going to just eat vegetables while everyone else eats all that fine food. We’ll be just fine in the end. You’ll see.” They came through the test very well, and they actually were stronger than everyone who had been eating the food from the king’s table.

Do you want a safe place to share your struggles and grow in your faith? Join Kirk Cameron at The Campfire today.

Then one night King Nebuchadnezzar had a dream, which had been given to him by God. In this dream he saw an enormous image. He didn’t understand it, so he called in all of his magicians, astrologers and sorcerers and demanded they tell him his dream and the interpretation.

They said, “No one on earth can tell the king his dream! And no king, however great and powerful, has ever asked such a thing of any magician, enchanter, or astrologer!” (Daniel 2:10 NLT)

So Nebuchadnezzar gave an order for all the wise men in the kingdom to be executed, which included Daniel, Shadrach, Meshach and Abednego. But Daniel went to the king and asked for more time so he could pray about it.

Daniel, Shadrach, Meshach and Abednego prayed, and the Lord revealed the king’s dream and the interpretation to Daniel. He went to the king and effectively told him, “Here’s what you dreamed. You saw a giant image, and its head was made out of gold. It also had arms of silver, a belly and thighs of brass, legs of iron, and feet of clay. And a rock came out of a mountain and crushed the toes.” Then Daniel went on to explain it.

The king said to Daniel, “Truly, your God is the greatest of gods, the Lord over kings, a revealer of mysteries, for you have been able to reveal this secret” (Daniel 2:47 NLT).

You’d think that Nebuchadnezzar would have believed in the Lord after this. Apparently, Nebuchadnezzar knew about God, but he didn’t know God. As the third chapter of Daniel opens, some 16 to 20 years have passed, and Nebuchadnezzar has erected a 90-foot statue of himself covered in gold. The gleaming gold statue could be seen from miles away.

Then he gave the command for everyone to fall down and worship this image. Some commentators think there were as many as 300,000 people gathered in front that statue. There probably were many Jews there who had been taken captive to Babylon just as Daniel, Shadrach, Meshach and Abednego had been.

When the musicians struck up the song, everyone was bowing before that massive gold statue – except Shadrach, Meshach and Abednego. They were true rebels in the best sense of the phrase. We don’t know where Daniel was, by the way. He doesn’t appear in the narrative of chapter 3.

Nebuchadnezzar said to the three men, “I will give you one more chance to bow down and worship the statue I have made when you hear the sound of the musical instruments. But if you refuse, you will be thrown immediately into the blazing furnace. And then what god will be able to rescue you from my power?” (verse 15 NLT)

They said, “If we are thrown into the blazing furnace, the God whom we serve is able to save us. He will rescue us from your power, Your Majesty. But even if he doesn’t, we want to make it clear to you, Your Majesty, that we will never serve your gods or worship the gold statue you have set up” (verses 17–18 NLT).

You might be going through a fiery trial of your own right now. Maybe you’re wondering whether you’ll have the strength to stand spiritually when that day comes.

That is entirely up to you. God won’t put you into a situation where there isn’t a way out or a way through. Having said that, whether or not you stand on that day is up to you. It comes down to the choices you make.