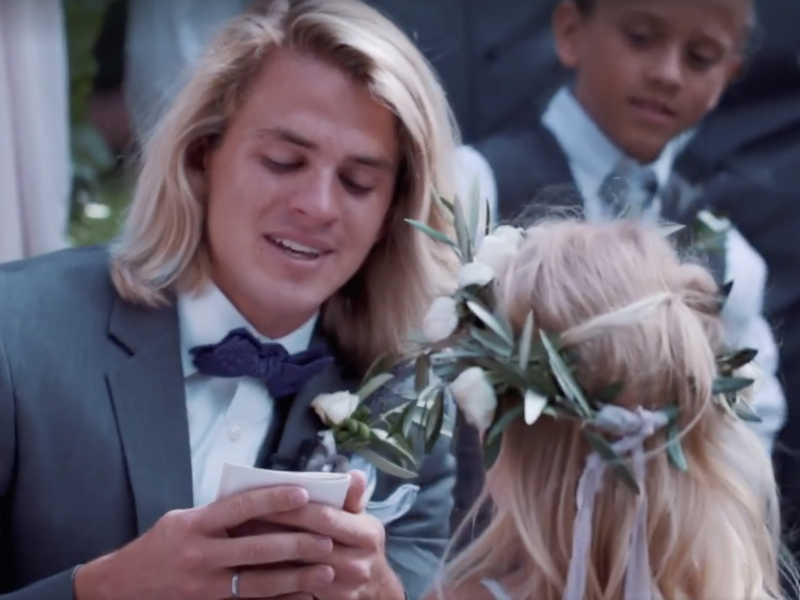 When YouTube star Cole LaBrant met his future wife, he understood he wasn’t just marrying her. That’s because his fiancé, Savannah, had a little girl, Everleigh. And while Cole vowed to love Savannah and lead her to Christ, he knew that his special day needed to include something else: A commitment to Everleigh. So in one of the most emotional wedding-day videos you’ll see, Cole decided to make that clear.

Read: If your life isn’t Pinterest-perfect

In the video, which already has over 1 million views in a few hours, Cole can bee seen not only honoring Savannah but 4-year-old Everleigh. He gets down on a knee and promises to love both her mom and her. It gets better from there. But really, it’s something that is better seen than described:

OUR WEDDING VIDEO.Will leave you in tears… (vows to 4 year old daughter)

Read: Is God at work in my marriage problems?

And if you want more, you can watch both the proposal video and the full marriage video: