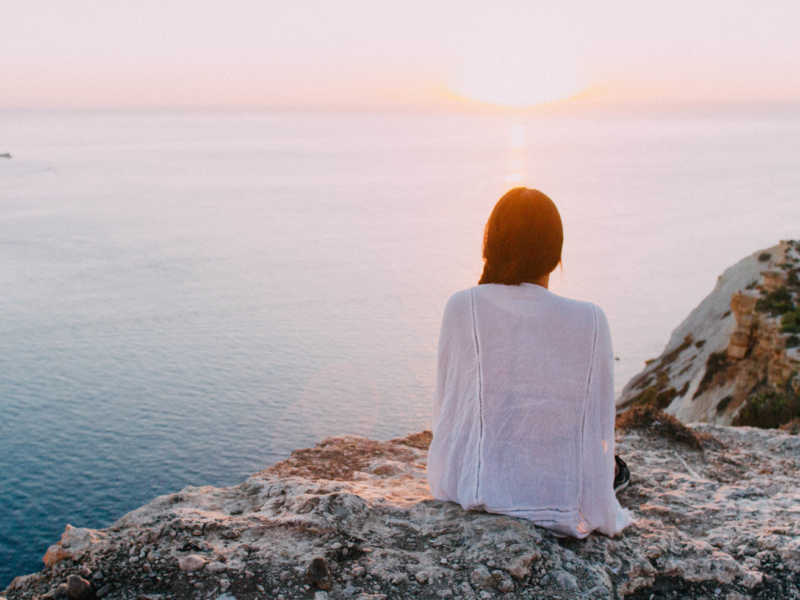 When I was a new wife and mom with two under two, I remember listening to a few sermons on Proverbs 31 targeted toward women. As I cleaned the kitchen and went through audio clip after clip on each verse, I felt increasingly discouraged and exhausted.

I had absolutely no hope of ever living up to this standard, and I felt that I would always be a Proverbs 31 failure. I was miserable and I was often jealous and resentful of the women with tons of children who seemed to have it all together in my church.

Are you looking for advice on marriage and parenting? Join Kirk Cameron and his wife Chelsea for a LIVE Q&A!

Fast-forward a few years and again in my kitchen as I cooked, I began to listen to a sermon by David Platt on the Cross and Biblical Womanhood. He too was preaching on Proverbs 31, for Mother’s Day of all days.

He laughed at the irony because through his exegesis of the text, he discovered that Proverbs 31’s main audience is not actually married women.

Yup. You read that right.  I cringe a bit every time I now hear a teaching on Proverbs 31 that doesn’t start at verse 1, “The words of King Lemuel. An oracle that his mother taught him.”

King Lemuel’s mother is teaching him this oracle because he had been making some foolish choices as a young king. Hear the strong rebuke in verse 2 when she’s essentially asking, “What are you doing?!” She goes on in verse 3 to tell him it is not noble or honorable for him to zap his strength through women and wine.

She then recites an acrostic poem to help him remember how to find a woman who is worthy of marriage, a woman who will not zap his strength but who will be a trusted partner in grace.

Platt explained that these lines of the poem are obviously not literal actions a woman must be doing before marriage because King Lemuel’s mother is using a married woman as an example. Most certainly she is not expecting King Lemuel to repeat David’s error in chasing Bathsheba.

Therefore, it makes most sense to see the acrostic as explaining characteristics and qualities to look for in a wife, such as strength, dignity, diligence, resilience, intelligence, compassion, and love. If you’ve ever tried to memorize a list in the bible, you’ll understand that it’s much easier to remember and recall actions and events rather than abstract ideas, so his mother is helping King Lemuel out in making the poem easy to remember.

Directly from the sermon, Platt explains, “This is God’s perfect wisdom in womanhood.”

What was remarkable for me is that Platt made the point that men do not feel discouraged when they are not exactly like Jesus, God’s perfect wisdom in manhood. No pastor will ever tell a husband that if he is not 100% like Jesus, he is a failure as a man, husband, and father. That would be ludicrous and usurp the message of the gospel.

Do you want to learn biblical truths on parenting and marriage? Sign up for our online course!

Though Jesus’ life was perfect, we all know no one is capable of perfectly imitating him on this side of eternity. Instead, we hope that one day when we are redeemed in heaven, we will be made like him in every respect.

We should see Proverbs 31 as an example to hope in, not as a burdensome yoke to achieve.

So, I began to look at Proverbs 31 with different eyes, and I began to see that though a super-duper clean house and wonderfully cooked meals are blessings, these are not my gifts, my lot, nor a biblical requirement. Those charges are completely cultural. We should see Proverbs 31 as an example to hope in, not as a burdensome yoke to achieve.

When I look deeply at my heart in wanting to appear religious and exactly like an American Proverbs 31 woman, I think of the Pharisees who tithed even the herbs in their gardens but neglected justice and mercy and faithfulness (Matthew 23:23).

I wanted to match cultural expectations of righteousness rather than attending to harder and weightier matters of God’s clear commands. I began to focus on what I clearly saw as commands, like raising my children in the ways of the Lord, loving and honoring my husband, and being a light to my neighbors.

Instead of feeling burdened that my laundry wasn’t done or that dishes were unwashed, I recognized that there will always be chores, but I cannot guarantee that my unbelieving friends will not move away tomorrow or the next day. I don’t want them to move on without at least knowing about my hope in the gospel.

So, I would say, if after you read Proverbs 31 and you are not saying to yourself, “Wow, I cannot wait to see God work out this wisdom in my life.” You’re probably trying to live up to these verses on your own strength. Dear sister, it’s not possible, and in faith and the gospel of Jesus Christ, there is so much hope.

Now read this: Why marriage comes before parenting

Originally from the South but now in China, Vanessa Jencks has experienced homelessness, poverty, sexual abuse, racism, miscarriage, and other hardships. She seeks to help other women lay aside all other weights and pursue Christ in everything that matters in this momentary life. Meet her at VanessaJencks.com.