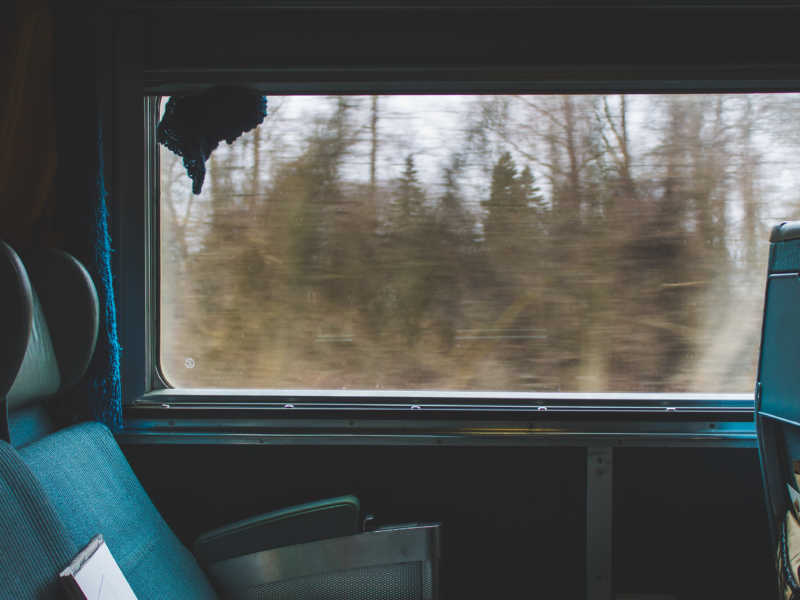 No matter how good of a show we put on for the rest of the world, our default natural tendency is to think of ourselves first. It’s just what we do. The only difference being some of us are better than others at hiding it.

Selflessness is like exercising a muscle – if you neglect it, atrophy sets in and it withers away. It takes work to consistently maintain an outward looking disposition. As I found out last night, apparently I am not working hard enough.

I was about to lecture an obnoxious teenager on the train. Thankfully, God woke me up just in time to let me see what was on his shirt. That not only saved me from making a major fool of myself, but it taught me a valuable lesson. One I already knew, but definitely needed to be reminded.

Let me give you a quick background:

Monday was just one of those days.

Read: NFL quarterback and father of eight absolutely nails the secret to a healthy marriage

There was a train derailment in NYC, causing major havoc on the commuter lines. No serious injuries, thankfully, but my trek to and from work was instantly a casualty. I have a crazy enough commute as it is – I live in Bucks County, Pennsylvania and ride the train into Midtown Manhattan. That takes about 90 minutes each way on a normal day, but when an incident like this happens it could be anywhere from 2-4 hours or worse.

The derailment was announced on my train ride in, forcing me to take a detour into lower Manhattan. That ended up taking me an extra 90 minutes or so to arrive to the office, and cost an extra $25 in cab fare. On the bright side, I saw the new World Trade Center and the 9/11 memorial for the first time — they are spectacular.

Really incredible sight – but apparently not enough to make me stop focusing on myself. For the rest of the day the thought of the commute home lingered in the back of my mind. I was dreading it, frankly.

I managed to make it off the island to the train station at Newark, New Jersey where I would transfer to Trenton.

I waited nearly three hours for that train to come.

At this point, I’m really trying my best not to have a train rage incident. People get a little wacky during massive train delays – myself included. The slightest wrong bump into someone could trigger a platform brawl. I’ve seen it happen before.

Mercifully, around 10:30pm my train arrives. I am terribly exhausted, and really excited to finally put my head back and relax a little on the train ride home. I find a seat, toss my backpack (which feels like it weighs 1,000 lbs) into the empty seat next to me, then I exhale.

Then I hear it. The most annoying sound in the world.

It’s a teenager playing a video game. No headphones on, sound effects blasting. It’s soccer, and there’s this incredibly obnoxious referee whistle that blared every few seconds. Incessantly. Worse than one of my kids annoying toys.

Now, I’m right behind this kid. He’s with his mom and she’s not saying anything. I assume she’s a lazy parent and she’s just given up on attempting to admonish him. I feel like that with my kids now and then — like, how many times do I need to tell them to flush the toilet before they actually do it? Or put on their shoes? Or wash their hands? Or stop pummeling your brother? And the list goes on. So I get it, but I’m feeling a bit like Steve Martin in Planes, Trains and Automobiles. I just want to get home in peace, and this kid is ruining everything.

I am just oozing with righteous indignation, ready to embarrass this kid, who obviously doesn’t realize how annoying he’s being. I decide to lead with a few blatantly loud sighs, hoping that would jar him out of his momentary lapse of judgment.

Now there’s a real decision to be made. Do I say something? The whistle is NON. STOP. It’s all I can hear now.

I’ve seen ‘that guy’ on the train tell someone to be quiet. It’s never pretty, and deep down inside I don’t want to be that guy. But man, that sound is annoying! And I forgot my headphones, so there was no escape. What to do?

Then, just before I’m about to take the plunge and be that guy, I snapped out of my self absorbed state and noticed HIM for a minute. The kid who is making all of this noise. I had been staring in disgust at his device, but suddenly I noticed something on his sleeve. There was a logo that stopped me dead in my tracks.

Now I notice his face. He’s incessantly smacking his lips.

I had been so obsessed with my own trials and tribulations of getting home, I completely lost all perspective on the world around me. I failed to notice this was a youngster with special needs. It was only but for the grace of God that I didn’t lose control and make a bigger scene. I’m thankful my eyes were opened when they were. The moment I snapped out of it my heart immediately softened.

Read: When God’s will doesn’t go your way

Instantly, I felt sorry that I hadn’t looked at this mom and son with empathy rather than pure, selfish irritation. I began to think of that mother and what it must’ve been like for her to find out her child would live life with a disability.
How she must worry about how the other kids would treat him.

Would he sit alone at lunch?

Would he be taunted and teased?

I thought about how tired she must be after being on constant guard all these years.

I also thought about how petty and foolish I’d been to be more concerned about how the volume level in the room was impacting ME more than anything else. The entire episode made me realize how damaging it is to be so self-absorbed. When that happens, it shuts down our empathy gene and we fail to see the plight of others. The humanity of others.

Suddenly, my five hour commute didn’t seem like such a heavy burden to carry. Pretty amazing what a simple little shift in perspective can do to for the soul, for others, and for humanity.

This post originally appeared on Faithwire. It was republished with permission.