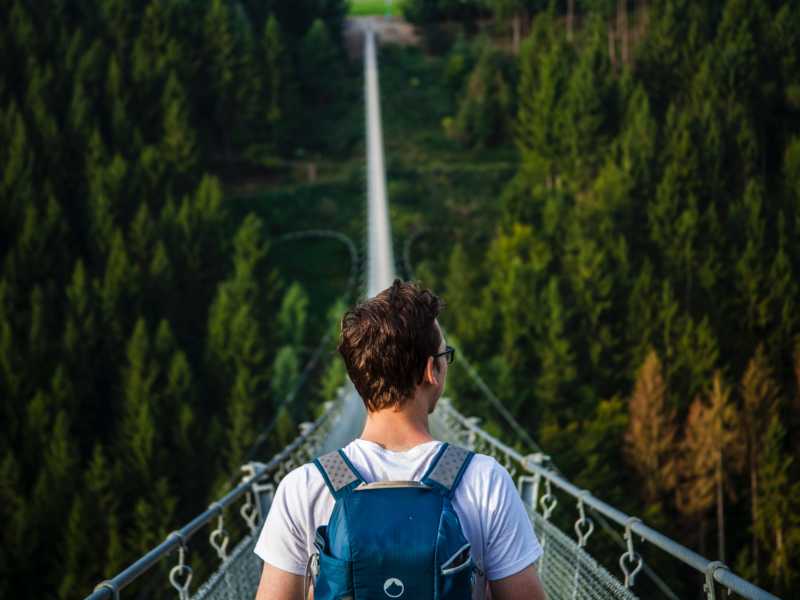 During my freshman year of college, I remember calling my mom to share two big pieces of news with her.

“Mom,” I said, “I went out with this guy named Curtis—and he has an earring!”

I heard a gulp and then a faint sigh. I could tell that Mom was just as excited as I was—an earring, no less!

“And,” I continued, “I got to drive Allison’s car this morning!”

(If you’re new here, this might be a good time to tell you I lost my eyesight when I was 15 years old.)

“It’s true, Mom! We all piled in and went to the empty parking lot of a bank. It was so much fun!”

I wish I could remember my mom’s exact words, but all I distinctly remember is that she was not happy! The good thing was, that after I told her about driving the car, dating “earring boy” seemed completely harmless.

While I haven’t driven much because of blindness, I am an expert passenger. And, one thing I do know, is that the first thing many drivers do when they get into a car is enter their destination into their phone’s GPS. Without a GPS to guide us, lots of us would be lost, right?

But we don’t simply need a GPS for driving. You and I also need a GPS—or a guide—for our souls.

And the great news is we already have one!

Just like a shepherd guides his sheep, God—your Shepherd—guides you.  Here are three things that all of our paths have in common, as well a few reasons right paths can sometimes feel wrong to you.

3 Things Our Paths Have in Common

“He restores my soul. He leads me in the paths of righteousness for his name’s sake” (Psalm 23:3).

1. The On-Ramp Is Grace: He Restores My Soul

The word “restores” means God literally brings back. This is really about lost sheep. Sheep can’t repent—or, as the word repent means “turn around”—on their own. Wandering sheep need the shepherd to find them, restore them, and carry them back to safety.

The same is true of us. As Ephesians 2:1-9 tells us, our repentance is a result of God’s grace. We were dead. Dead people can’t find their way home, or save themselves. It is God’s grace that saves us and gets us on the path. Grace is the on-ramp and grace keeps us on the path.

If you’ve strayed from the path like a wandering sheep, God is near and drawing you to Himself. Go limp in His arms and let Him carry you back, turn you around, and set you on the right path. Grace always rescues you from your sin and restores you to your Shepherd.

2. The Path Is for Your Good: He Leads Me Down Paths of Righteousness

In the Holy Land, a shepherd leads his sheep and knows which paths lead to the best places for them. He knows the right path, and his sheep follow because they hear and know their shepherd’s voice.

Think about your path. Can you see God’s purpose in it? The path God leads you on is for your good even when it doesn’t feel good.

3. The Destination Is God’s Glory: For His Name’s Sake

A shepherd is careful about the paths he chooses because the condition of his sheep is a reflection of him. He protects his reputation as a good shepherd and the path reflects his integrity.

God also leads us down level paths that are fitting of a shepherd with a good reputation. God’s honor is at stake in the way He is leading our lives.

Romans 11:36 says, “For from him and through him and to him are all things. To him be glory forever. Amen.”

Friend, your path is from Him, through Him, and for Him. And, no matter what that path looks like today, you can do all things through Christ who gives you strength.

Do you need biblical encouragement from a strong, faith-based community? Join Kirk Cameron and the rest of his online community at The Campfire.