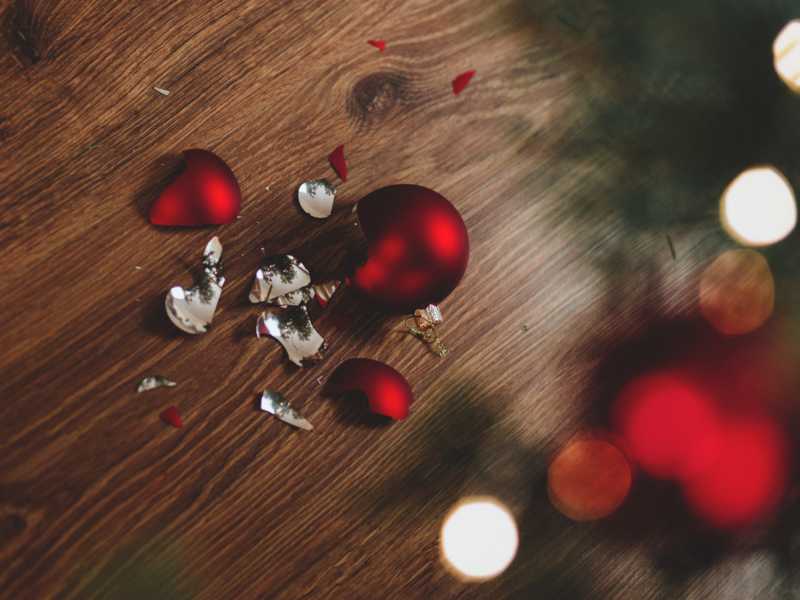 “Glory to God in the highest, and on earth peace among those with whom he is pleased” (Luke 2:14, ESV).

I think we could all point to a lot of places today where we’re not exactly experiencing peace on earth, on our planet.

But that’s not the kind of peace the angels were talking about when they appeared to the shepherds in Luke 2. God’s intent was that the outcome of the incarnation, the outcome of the birth of Christ, would mean peace in people’s hearts—those people who are deeply impacted by the reality that Jesus came to this world.

That’s a peace we can all be seeing and experiencing—the peace that serves as an antidote to the pressure we all feel.

The biblical characters who make up the Christmas story went through their own forms of stress and pressure. Mary and Joseph were sure feeling it, the kind of stress and pressure that comes when things happen suddenly, like when “a decree went out from Caesar Augustus that all the world should be registered” (Luke 2:1). It was sort of an empire-wide audit, a way for the government to get a head count by forcing everybody to journey to the place where they were born. And for Mary and Joseph, it couldn’t have happened at a worse time.

Watch this: Why you don’t need happy circumstances to find true joy

But not only was it one of those aggravations that hits out of nowhere, it also started a chain reaction of things that kept building up. Mary wouldn’t have had to make this trip at all if she hadn’t been so close to delivering her baby. Joseph could have gone alone. Then once they were there, “the time came for her to give birth” (Luke 2:6). And—as if anything would surprise them by the time they got to this point—somebody lost their reservation, as it were. They had to lay him “in a manger, because there was no place for them in the inn” (Luke 2:7).

Isn’t that how stress happens? The pressure builds? The struggles never stop?

Wouldn’t you love to know a peace inside that nothing could penetrate? Wouldn’t you love being like the believers you know who personify how to “let the peace of Christ rule in your hearts”(Colossians 3:15)?

One way to do it is through acceptance—accepting the fact that you’re a sinner, that every day won’t be a great day, yet trusting that God is in control at every level.

Another way is through focus—not wasting time thinking and fretting about things that aren’t going to help you, choosing instead to set “your affection on things above” (Colossians 3:2, KJV).

In addition to these, gratitude—not staying focused on what isn’t, not always asking when and why and how long, but “in everything by prayer and supplication with thanksgiving” letting your “requests be made known to God” (Philippians 4:6).

If you’re feeling pressured and stressed this Christmas, open your mind right now to the possibility of peace. There may not be peace everywhere on the earth, but He’s come to flood your heart with it. “Glory to God in the highest” for doing what He’s already done to keep you in perfect peace.