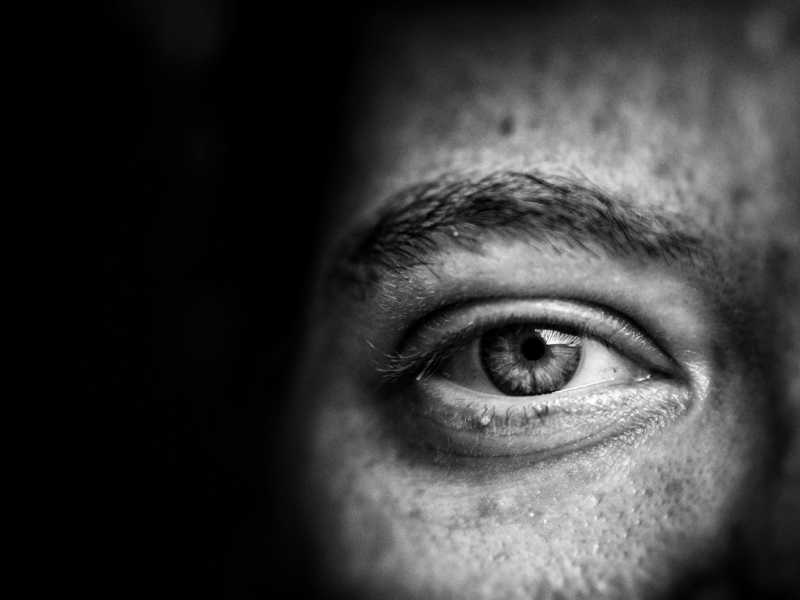 I stood on the deck overlooking Table Rock Lake as a pontoon boat motored by.

It revved and choked and whirred and roared and the lake started dancing! The waters lapped onto the shore and wave after wave swayed the dock so it rattled and squeaked.

As the water stirred, I listened and wondered how long it would last.

As I did, I thought how much I wished I could run down, sit on the edge of the dock, and feel the whirling waters tickle my ankles.

But I couldn’t. My physical blindness kept me stuck on the deck until someone was with me to make the quick jaunt down to the lake’s edge.

That’s when I thought of the man in the gospel of John.

Every single day of his life, he was stuck on a mat right beside the pool of Bethesda. Back in his day, people believed that when the waters of the pool stirred, anyone who could get into the water would be healed. For 38 years, he sat by that water because he wanted to be healed.

And, then, Jesus stepped into this man’s bleak condition and asked, “Do you want to get well?”

That response isn’t in the Bible butthat is what I would have said!

When we are suffering through a bad situation, or just plain stuck, don’t we all want to get well? We want to be delivered. We want to be changed. Right?

The paralyzed man didn’t even answer the question. Instead, he said:

“I have no one to help me into the pool when the water is stirred. While I am trying to get in, someone else goes down ahead of me” (John 5:7).

Do you want spiritual encouragement and videos right in your inbox? Sign up for a free 14-day trial and join The Campfire community.

Now, I bet it was true—he probably couldn’t get into the water fast enough and others may have pushed him aside. But his response was not an answer… It was an excuse, and it revealed an even bigger problem.

Jesus’ question points to something in this man’s life that is far more debilitating than paralysis. It’s in my life, and it’s in yours too. It’s the bigger problem.

It’s the part of us that would rather blame, explain, and deflect than to actually be well.

The man at the pool gave an explanation for his situation rather than an answer to Jesus. He blamed others for why he was the way he was. Instead of just saying, “Yes, Lord, I want to be well,” he felt the need to say, “But Lord, this is why I am not well.”

We do the same thing.

Now, I’m not talking about true diseases like the Retinitis Pigmentosa that caused my blindness. I’m talking about the more serious disease that has nothing to do with blindness—the diseases of self-pity, anger, or resentment that can deeply debilitate me.

Sometimes we actually prefer our pain. We are so used to our weakness, our addiction, or our sin that we don’t really want to be well. We want an excuse to be who we are—stuck in our own weakness and paralyzed by our circumstances.

I think Jesus asks each of us, “Do you want to get well?” because often, healing involves choice.

Jesus says the same to you. You can rise, pick up your sick mat, and walk in wellness!

To be well means you don’t blame or excuse your behavior.

To be well means you rise up from what has kept you bound.

To be well means you “pick up your sick mat” that you have rested on for years because you aren’t going to fall back on it anymore.

To be well means you walk away from excuses and instead choose to walk in truth.

To be well means you lean on Jesus when you’re weak rather than leaning on your old coping mechanisms and excuses.

To be well means you don’t hang out by a pool waiting for a wave to wash over you.

Instead, you immerse yourself in the Living Water and are washed and renewed by Him every moment of every day.

A dip in the pool was not the way to be well. Jesus is the way to wellness. And just like He stood before the paralyzed man and offered healing, He stands before you wherever you are and offers you the same: “Do you want to be well?” If so, “rise and walk” straight into the loving, forgiving, and grace-filled arms of Jesus!

Sister, sometimes we are stuck because we have chosen to be stuck. Often, Jesus offers us healing but we choose excuses instead.

So, if you are stuck in sin, pick up your mat, and walk away. Leave your excuses behind and choose grace instead.

Now read this: For those who are helpless and weary