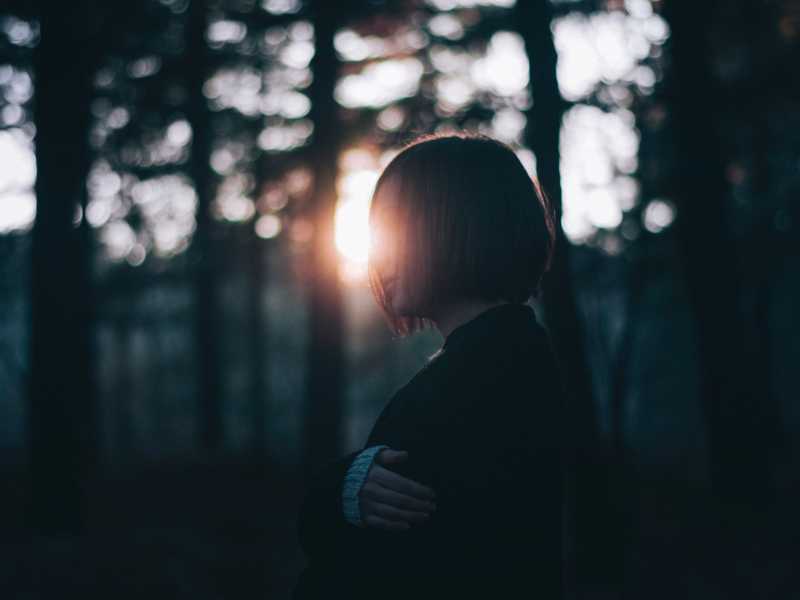 If you have ever dealt with PTSD or depression, you are intimately acquainted with the word “trigger.” Just like the trigger on a gun, a “trigger” for PTSD is anything that reminds you of the initial trauma. Once that trigger is pulled, the symptoms acutely manifest themselves. In the past several weeks, my personal triggers have been pulled far too often. My depression and PTSD are back with a vengeance.

In this state of distress, I’ve struggled to keep a clear head. More than once I have wished to be someone else, someone who mattered. More than once, I have asked the Lord why He has kept me alive for so long if I am so utterly useless. The logical part of my brain reminds me that such questions are the depression talking, and I should just tell the depression to shut up. Of course, it isn’t as simple as that, but I do it anyway. There’s something to be said for putting up a fight against such thoughts and, of course, seeking God to fight alongside me is just as vital. Even without the depression, such thoughts have dogged me for most of my life. Rather than dismiss them as mere glitches, it’s important to address them head-on.

Wishing to be someone else or longing for life to be different sounds understandable on the surface—particularly in our culture where self-fulfillment and happiness are counted among the highest goals. However, there is an underlying insidiousness in these longings.

God has given me enough. In fact, if I’m really examining things clearly, he has given me more than enough. Just being His adopted child is abundantly beyond all that I can ask or imagine! Living in a prosperous country, having food in the pantry, using running water and sanitation, is more than I deserve. Feeding the longing for “more” is to feed resentment, ingratitude, and selfishness. Even when we are given more, we tend to crave more.

In the Book of Numbers, we read about the Israelites being impatient and unhappy with their predicament:

“[The Israelites] set out by the way to the Red Sea, to go around the land of Edom. And the people became impatient on the way. And the people spoke against God and against Moses, “Why have you brought us up out of Egypt to die in the wilderness? For there is no food and no water, and we loathe this worthless food.”

Do you know what “worthless food” they loathed so much?

I suppose it’s in our nature to grow tired of eating the same thing every day. Given the choice between eating the same food all day every day and dying a slow, painful death from starvation, I’ll take repetitive meals. The Israelites, for some reason, felt they deserved better.

Manna sustained them. It nourished them. It arrived faithfully every morning from God Himself.

The Israelites regarded this Manna—this gift from the Almighty God—as worthless.

What gifts do I regard as “worthless?”

When I look at my circumstances with contempt, I am behaving exactly like the Israelites. Those times when I ask God “why me?”, I am really saying, “Why did you give me this? Don’t I deserve better?”

Sometimes our circumstances are the result of our own choices. The Israelites were still eating manna in the wilderness because they refused to enter the Promised Land. In spite of their faithlessness, God remained faithful, providing food, water, and guidance. God does the same for you and me.

Rather than looking on God’s gifts as worthless, I need to recognize them for the precious treasure they are. Elisabeth Elliot, the late Christian writer and missionary, wrote the following:

I am here. I am called to this moment—even if this moment is wiping runny noses or cleaning up yet another puddle of spilled milk.

People are not going to write books about me cooking dinner for the umpteenth time or teaching my kids about squares and cubes. My life isn’t exactly the stuff of legend. Yet by faithfully completing these insignificant tasks—particularly if I carry them out joyfully—I am serving the Lord in the way He has called me to serve. If I eat the same food every day, at least I have food. If I wear plain, unstylish clothing, at least I’m not running around naked. If I have a struggle (like PTSD or depression), I’m learning the beauty of humility. If I’m being disciplined, He is transforming me into something beautiful.

If I have God’s word, I have a treasure.

If I have Jesus, I have everything.

Lord, help me to recognize your gifts and the faithful love which brings them to me. Fill me with joy even when my mind is plagued with depression. Strengthen my hands to do the work you’ve called me to do with faithfulness. Even as I wrestle against the darkness, may others see Your glorious light shining through me. In Jesus’ name, Amen.

Every good gift and every perfect gift is from above, coming down from the Father of lights, with whom there is no variation or shadow due to change. Of his own will he brought us forth by the word of truth, that we should be a kind of firstfruits of his creatures.

Do you want to learn more about faith, family, and culture? Sign up for Kirk Cameron’s online community today!