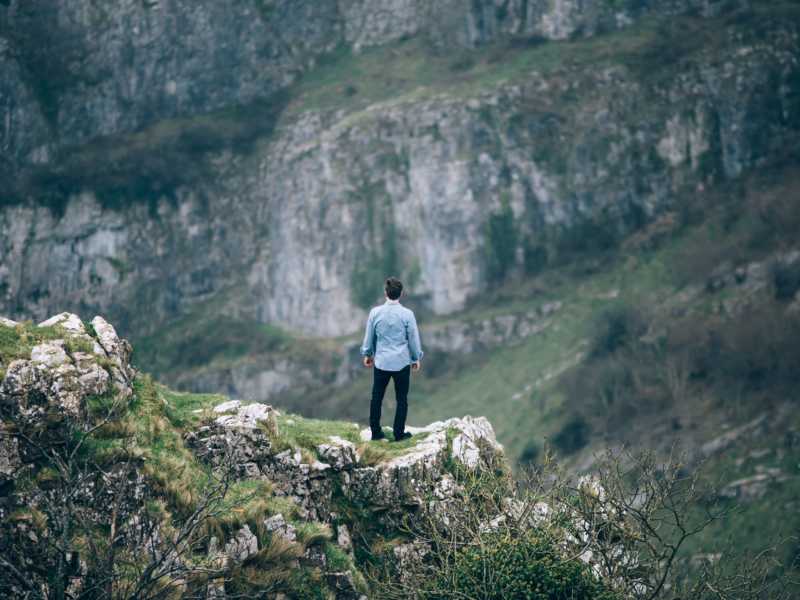 Have you ever faced what seemed like an insurmountable obstacle, something so big and so overwhelming that you wished you could just turn and run away?

If you are facing what appears to be an insurmountable obstacle, then you have a general idea of how the nation of Israel felt as they stood before the massive, ancient city of Jericho, the city God said they were supposed to conquer. His battle plan was one of the most unorthodox ever envisioned in human history: They were to march around the city for six days.

Then on the seventh day, they were to march around the city seven times, blow their trumpets and shout. It was a plan designed by God to show his power.

The day of reckoning had come for Jericho. The inhabitants of the city were very wicked people, and history tells us they used their children as prostitutes for false gods, and they also sacrificed them on pagan altars. They were into every kind of idolatry, perversion and sin. And the evil had gone on for years and years and years.

God had patiently endured the wickedness of the Canaanites from the time of Abraham to Moses, a period of 400 years. And then, as the Israelites were making their way toward the new land, another 40 years had passed. The people of Jericho had plenty of time to repent, because they knew the Israelites were coming.

When Rahab hid the Israelite spies on her rooftop in Jericho, she told them, “We have heard how the Lord dried up the water of the Red Sea for you when you came out of Egypt, and what you did to Sihon and Og, the two kings of the Amorites east of the Jordan, whom you completely destroyed. When we heard of it, our hearts melted in fear and everyone’s courage failed because of you, for the Lord your God is God in heaven above and on the earth below” (Joshua 2:10–11 NIV).

These people knew about the miracles God did for Israel. Yet they continued in their hardness of heart. So here came the Israelites, marching around the city for six days. The Canaanites could have repented. But that didn’t happen. Instead, they probably laughed at them. Maybe they even dumped garbage on them, thinking it was all a joke as Israel marched around the city day after day after day. But when the last day came, the Israelites gave their shout and blew their trumpets … and then the walls collapsed.

Read this: When you’re in a spiritual drought

Meanwhile, Rahab, whom the Bible describes as a prostitute, was shown to be right with God by her actions when she hid the spies and sent them safely away by a different route. She believed judgment was coming, and she showed evidence of her faith. The Bible says that faith without works is dead, and Rahab showed her faith by her actions.

We’re told in the book of James, “In the same way, was not even Rahab the prostitute considered righteous for what she did when she gave lodging to the spies and sent them off in a different direction?” (2:25 NIV) No one is beyond the reach of God.

Before the spies left Jericho, they told Rahab to hang a scarlet rope from her window so they would know where she lived and could spare her and her family. And sure enough, when the Israeli army marched in after the walls had collapsed, they saw the rope and took Rahab and her family out of the city to safety.

Interestingly, Rahab had everything going against her. Not only was she an immoral woman, but she was named after an Egyptian deity. And she was the perfect candidate for the grace of God. This reminds us that the gospel is for everyone, everywhere, and there are no exceptions. No one is beyond the reach of God.

During his earthly ministry, it seemed as though Jesus went out of his way to reach people like her. We see this in his conversation with the woman at the well in Samaria. She was there drawing water in the heat of the day because she had been ostracized by her village. She had been married and divorced five times and was living with a man. But Jesus reached out to her, and she ended up believing on that particular day.

Not only was Rahab pardoned and spared from judgment, but she was forgiven. She married an Israelite named Salmon and made it into the most exclusive genealogy in all of human history: the Messianic line of Jesus Christ.

And in what is known as the Hall of Faith, Hebrews 11, we’re told, “By faith walls of Jericho fell down after they were encircled for seven days. By faith the harlot Rahab did not perish with those that did not believe when she received the spies with peace” (verse 30). The power of God turned Rahab into a world changer.

Maybe you’re facing a Jericho right now. It might be a problem. It might be a challenge. It might even be an opportunity. But all you know is that it’s really big, and there is no way you can handle it in your own strength.

For many of us, the greatest difficulty is to get to the place where we are willing to admit we need God, where we’re willing to admit that the thing we’re facing is too big for us – and if God doesn’t come through, we won’t get through it.

That, by the way, is not a bad place to be. As the great British preacher Alan Redpath used to say, “When you get to the end of yourself, you get to the beginning of God.”

Now read this: If you ever feel like giving up