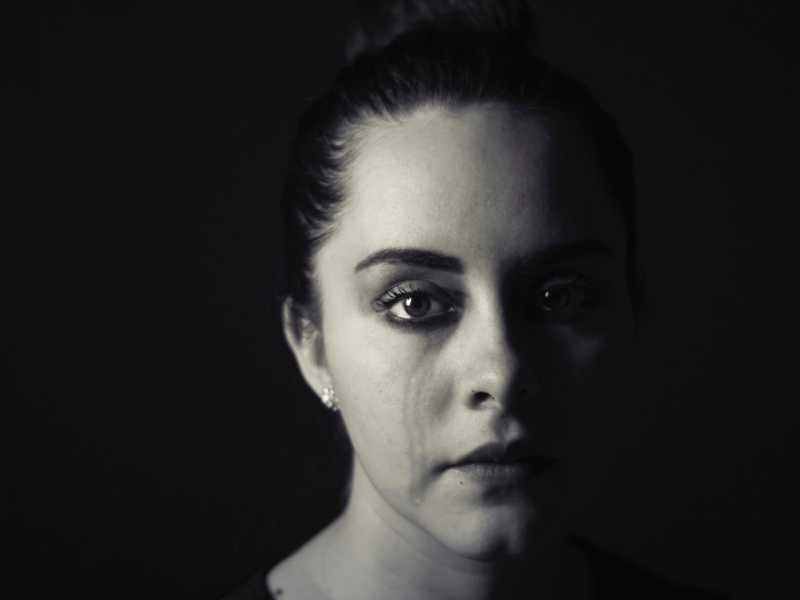 One of the things I’ve enjoyed about getting older (and presumably wiser) is that every so often, I get to spend time one-on-one time with a younger woman who is interested in learning from someone more, eh hem, seasoned. A mentoring relationship, if you will. I try to stay focused on the honor of being a trusted adviser and not reality shouting I’m the older woman in this Titus 2 equation. I’ve had several of these mentoring relationships and I truly believe these younger women teach me more than I could possibly teach them.

Several years ago, I mentored a young, beautiful woman* who seemed to have the world in the palm of her hand. She was incredibly intelligent and had an admirable career. If you just knew her on a surface level, you’d be instantly wowed and tempted to think her life was in perfect order. However, with our mentoring relationship, she asked me to look beyond her surface. She shared her rocky childhood in which each adult in her life failed her at just about every turn. She shared painful stories about her life and trusted me to speak into those hurts.

Our relationship progressed and after we’d been meeting for about a year, she told me there was an aspect of her life she needed to share with me, something she’d kept hidden. I couldn’t imagine what she could have left out, because I thought we’d covered some pretty serious territory.

I could tell her heart was extremely heavy about whatever it was she was going to tell me. I could almost feel the weight she was carrying. As she started to tell me, tears rolled like rain down her face and she began shaking. She told me this was something she never wanted to reveal to me and I could see the fear in her eyes. I assured her she could tell me.

Even as her tears kept coming, she locked eyes with me and told me that she used to be a stripper.

Her words were dripping with guilt and shame.

Read this: When life gets you down, recall these promises

After she spoke, she waited for my response. I remember being overwhelmed with compassion and love for this sweet young woman. I told her it was okay and that she didn’t have to be marked by that for the rest of her life. Then she told me that she lives in constant fear of going back to her old profession. When money gets tight she hears a whisper telling her she needs to stay in shape, exercise and watch what she eats because she may need to return to dancing for men to support herself. I knew who was doing the whispering and I wanted nothing more than to hush the Enemy’s lies right then and there.

I told her that she would never have to return to stripping again. Ever. Those days are all in her past and not ever in her future. I reminded her that we belong to a church of believers and we would make sure she never had to choose between meeting her needs and selling her body in that way. Those days are finished. Forever.

As soon as those words left my mouth, my sweet friend covered her face with her hands and sobbed. And sobbed. But this time the tears were not laced with fear, guilt, and shame. No, these were tears of relief. Of restoration. Two of her biggest fears – admitting that she’d been a stripper and the fear of going back – had been conquered that day. She had been restored.

I have another dear friend* who had an abortion in her younger years. She went through an abortion recovery program and considered herself healed and was ready to move on with life. A few years later, she began dating a wonderful man and they were considering marriage. My friend, however, decided she was never going to tell him about her abortion. It was in the past and that’s where it was going to stay.

She was at a women’s retreat when she felt a heavy nudge from the Lord telling her to leave the retreat and go tell her boyfriend about her past abortion. She tried to ignore the prompting, but she couldn’t escape it. She finally obeyed, left the retreat and knocked on her boyfriend’s door. It was then that she shared the truth of her past abortion, afraid of how he would respond. Instead of her fears being realized, he met her with loving kindness, tenderness, and forgiveness – all characteristics of Jesus. My friend said it was that night that she knew that she indeed wanted to marry this man. His compassionate response restored her broken pieces and allowed them to set a firm, honest foundation for their beautiful, strong marriage (15 years and counting!).

I hadn’t really thought too much about the crucial role we play in restoring other people until I read The Return of the Prodigal Son by Henri Nouwen several years ago. In this book, Nouwen takes a deeper look at the story of the Prodigal Son (Luke 15:11-32). Many people relate to the younger, wayward son. Many people are the elder son (but may be too prideful to realize it). And many people, including me, see themselves in both brothers. But Nouwen suggests that we, as Christians, are also to be like the Father in the story – one who restores others.

The father in the story doesn’t shame the son for his past choices. He doesn’t launch into a lecture about what a mess the son has made of his life. No self-righteous indignation or harsh judgment is found in the father. He can see his son is broken and the father welcomes him home with outstretched arms and a celebration at his son’s return.

Do I want to be not just the one being restored, but also the one who offers restoration?

There’s something about looking someone in the eye and saying, “He covers all sins, yes, even that sin,” that is more fulfilling than winning the lottery and more thrilling than a lifetime pass to Disney World. As Christians, we should not only SEEK restoration for ourselves, but we should seek to OFFER restoration to those who have believed the lies of the Enemy. We speak the truth in love (Eph 4:15) to those lies. We are restored. And we are to restore others in Jesus’ name.

It is my joy and honor to count former strippers, post-abortive women, recovering alcoholics – and a host of other women with labels that wouldn’t be printed in most church bulletins – among my closest friends. The truth is they – we – are not those labels at all. Instead, we carry the banner of His Beloved, Forgiven and Restored RESTORERS.

“As I look at my own aging hands, I know that they have been given to me to stretch out toward all who suffer, to rest upon the shoulders of all who come, and to offer the blessing that emerges from the immensity of God’s love.” Henri Nouwen

Now read this: The best way to change your story forever

This post originally appeared on GoodWordProject.com and was republished with permission.