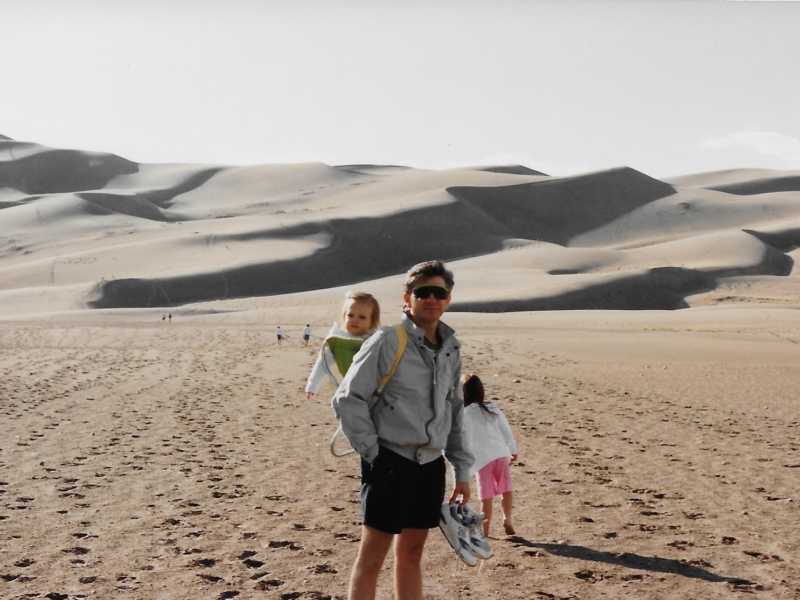 “We quietly snuck into the house. We had to step over him because he was passed out by the front door. He threatened to kill me with a butcher knife the night before, so my mom took us down the street and we ran into a stranger’s house to call the police. I never knew why my father wanted to kill me.”

This was a normal night for 10-year-old Randy McCoy. His father was an abusive alcoholic, dangerous, and suicidal. He also happened to be a pastor.

“His shirt was off and he was reaching for me. I curled up against the wall in the corner of the bed trying to get out of his reach. I was terrified. I honestly thought I was going to die that night.”

In 1962, Randy had three siblings, a loving mother, and a father that turned into a monster when he drank alcohol. The things Randy saw before the age of 12 altered his entire life.

Randy McCoy is my father.

To be honest, it’s really hard for me to hear the dark stories he has told me about his dad. However, it’s almost Father’s Day, and I have this strange, compelling feeling to tell you about my grandpa. It’s weird, I must say, to write about someone that casts them in a negative light. I’ve never done this before.

He has given me permission to tell you that his father was mean, cruel, and manipulative. He is open to me telling you that he watched his father beat his sweet mother many times. And that his dad smashed the model car set he and his younger brother had been building and collecting for years when he was a child.

“I have no secrets, Caitlin, I’m an open book.”

I tell you all of this because it’s important for you to know before I tell you about my dad.

Looking at his childhood, you would expect him to struggle with relationships. It would not be surprising if he were abusive himself, just like his father. You’d probably expect him to have abandoned the faith his father talked about behind the pulpit, right before he popped a mouthful of pills.

But none of those things are true. My father is an incredible example of unconditional love and will celebrate 42 years of marriage to my amazing mother next weekend. He has the kindest, sweetest soul. If he ever irrationally lost his temper with my siblings or me, he always sat us down and apologized. And he has followed Jesus since he was 11 years old.

He traveled to every basketball game, band competition, and track meet. He dressed up in ridiculous costumes just to make his four children giggle. He would intentionally kiss all over my mom in front of us as we said, “Ewww,” with big smiles on our faces. He has endless amounts of home-video footage.

He would turn the living room lights off every night and ask each of us to pray out loud. He would close with a heartfelt, beautiful, and lengthy prayer (which he may or may not have fallen asleep during a few times).

He is the king of encouragement, always equipped with a motivational speech to lift you out of the dumps. He and my mother have mentored young couples, sharing the entire truth of his childhood and the struggles of marriage.

I know some of you are reading this with a sad heart, because you didn’t have this experience with your father. Neither did he. In fact, I often find myself asking, “Where did he learn this?” It certainly wasn’t taught to him by his dad, and there really weren’t any other men that he looked up to.

“He was my role model. He showed me how to be an unloving, uncaring, disconnected father. I knew I could do better. I wanted to be the opposite of everything he was. I wanted my children to have the childhood I never had. I wanted my kids to know a father’s love.”

If this is you, if you grew up in a dangerous, dysfunctional, disastrous home, if you never felt loved by your parents, be so encouraged by my dad.

You do not have to be your father or your mother.

As someone that experienced absolute horror as a child, lost his mother to cancer when he was 27, and went on to raise a family that loves each other very much, he will tell you that you have a choice.

“I learned at a young age to be thankful for small things, to appreciate every good thing in my life,” he told me. “My mom, my siblings, my grandmother, playing sandlot baseball, riding my bike, climbing trees to the very top, and juicy hamburgers from the Burger Bar.”

“I learned to not let my father’s problems become my problem,” he continued. “To not let his weaknesses and shortcomings define who I am or who I will become. Later in life, I accepted that my dad didn’t hate us, he just didn’t know how to love us.”

I know that I am speaking for my entire family when I say that knowing what he experienced makes us appreciate his love for us so much more. I don’t know what our family would look like if he and my mother were not so passionate about fighting against his childhood.

His awful experience has actually been extremely useful in creating a very beautiful thing. Forty-two years of marriage. Four children, each happily married. And a story of pain, a broken heart, and of restoration.

I love you, dad. Thank you for breaking the cycle and choosing to be different than what you were taught. You are an example of love for so many.

Now read this: Are you a disengaged dad?

This post originally appeared on I Am Second and was republished with permission.

Caitlin Jordan is the assistant editor for TheCourage. She lives with her husband, Ryan, in Dallas, Texas. She is passionate about the importance of transparency and loving those that disagree with Christian beliefs. You can follow her on Facebook and  Twitter.